I’d like to begin this article with a disclaimer. I am not a towering CEO or an enterprising risk taker. I am 26 years old and I have only just begun my journey.

I was always obsessed with music. Some of my earliest memories are of singing along to the Elton John covers my father played me while I was in the bath, or jumping off the walls as The Eagles or Queen blared through the household sound system. I would play drums on anything I could find. 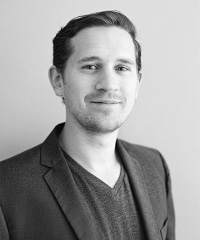 I’m surprised that I waited until the age of 12 to pick up the dusty classical guitar my mother had played as a child, to fumble desperately over the chord shapes I found in my father’s 100 Rock Classics music books. After my first afternoon of practice I could only barely muster John Lennon’s Imagine. My fingers were blistered but I was hooked.

I spent the next 14 years chasing my dream of becoming a musician. I played in my friends’ garages, in seedy Johannesburg clubs I shouldn’t have been allowed into, 1pm slots at questionable metal festivals and in every conceivable coastal pub you could imagine.

Eventually, as the singer and guitarist in a band called Dance, You’re on Fire, I realised modest success. We weren’t the biggest of bands, but we played to thousands of people, heard our songs on radio in South Africa and in Germany, toured the country relentlessly and were featured on TV and in magazines. It was an incredible journey.

In 2013, after recording and releasing one EP and two full-length albums, I made the choice to take a break to concentrate on growing my business and becoming a dad.

In the time since I’ve come to realise that being in a band and chasing the magic fame dragon isn’t all that different to being an entrepreneur. The two share a few common truths that can be applied to almost any situation. It doesn’t matter if you’re holding a Fender strat or a MacBook.

Here’s what I learnt.

1. Perception is nine tenths of the law

In March 2010 we had our first single, Blockade, playlisted on popular 5FM radio. We thought it was huge. I remember hurtling down the M2 and freaking out after being informed that the playlist committee, after the fifth consecutive week of submission, had unanimously agreed to spin the track on national radio.

This was it, I thought. Soon the phone would start ringing with offers to headline festivals and to embark on nationwide tours. We were officially famous.

Almost nothing changed. Three months later I was standing on a stage in a small town trying to sing through a debilitating round of bronchitis to 15 people who looked like they had accidentally stumbled into a meeting they weren’t invited to.

No one knew who we were. We didn’t have an album out, we hadn’t done any press and we’d played only a handful of shows outside of Johannesburg.

Things only started to gather momentum after a year’s worth of exhausting work with two spectacular PR agents. For 18 months we jumped at any chance to promote ourselves. I remember playing acoustic shows on any radio station that would have us, spending hours with any blogger willing to chat. That’s what made the difference.

Two years later we were awarded the MK Award for Best Indie act, we’d played Oppikoppi music festival three times and we had started to build a loyal fan base. In 2012 we played Cape Town on 13 separate occasions.

It’s easy to get sidetracked by the minutiae of everyday corporate activity. Building a business, like building a band, requires the outpouring of blood, sweat and tears into several containers. Putting all your effort into publicity and none into ensuring you offer a good service is a recipe for disaster.

Ignoring your public reputation, however, is also a mistake. Perception is nine tenths of the law.

There have been times that we’ve forgotten the importance of this lesson during the course of Clockwork Media’s growth so far. It’s an intangible element. It can’t be seen or touched like a warehouse full of product or an impressive management account, but it’s critical.

2. It might not be comfortable, but you can sleep on the floor

Touring the country is not as glamorous as it sounds. Most of our adventures throughout South Africa were punctuated by evenings spent on friends’ floors/couches or in rickety backpacker bunk beds. I quickly lost count of how many nights we shared Long Street, Cape Town bedrooms with drunken German tourists or public bathrooms with packs of Alsatians (seriously).

We couldn’t afford hotels. Neither could the promoters who booked us. We’d drive 12 hours, sound check, wait another seven, play a show, drink, sleep on a blow up mattress until 4am, shower and repeat.

By the time we had decided to call it a day we were enjoying a measure of comfort on tour. Hotels and guesthouses had become the norm. Sleeping in a bed and enjoying a private shower was something we savoured because it took three years to achieve.