With Western economies offering little in terms of growth, an increasing number of multinational companies are looking to Africa’s opportunities. Yet the continent’s skills shortage, alongside infrastructural deficiencies, is a leading concern among companies investing and expanding in Africa. 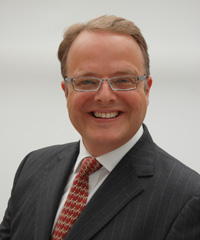 To understand a bit more about supplying these companies with adequate skills, How we made it in Africa spoke to Richard Putley, a founder and director of Executives in Africa, a UK-based recruitment firm that focuses on senior executives for businesses in sub-Saharan Africa.

“The organisations that we specifically work within are organisations that require people that have an innate knowledge of how to do business in Africa, so they need to understand the challenges of Africa, know the people they need to know in order to be successful in Africa in business, as well as understand the psyche of the consumer who they are selling to,” said Putley in an interview this week. “To this end we wouldn’t work with, for example, an organisation that has an offshore oil rig in the Gulf of Guinea, because that individual doesn’t need to know how Africa works. All they need to know is how to get from the airport to the oil rig.”

To fill these executive positions in Africa with people who understand the business environment, Putley said they often have to recruit locally within Africa or from the diaspora. However, the continent’s diversity means that it is not enough to just be African.

“If you were to compare me, as someone who lives in the UK, with somebody who lives in Greece or Italy, culturally we are very different. What motivates us is extremely different, and obviously the way of life is very different and the same can be said for Africa,” explained Putley. “Even countries that share the same geographic proximity – say Nigeria and Ghana for example – culturally and economically, [they are] two very different countries. Exactly the same as you would expect in Europe.”

Putley said that there is a current and growing demand for executives within the industries of fast-moving consumer goods, pharmaceuticals, telecommunications and business services – such as oil field and mining services. However, the firm has faced a number of challenges with recruitment, especially with Western expatriates.

For starters, some African countries are restrictive with regards to visas for expatriates. In addition, there is still a negative perspective concerning personal safety in Africa.

“One of the main challenges that we have got, especially for people that don’t know the area but maybe understands how to do business in an emerging area, is that you mention the word ‘Lagos’ and they assume they are going to be kidnapped on the way from the airport,” added Putley. “There is a real misconception on how unsafe certain locations/countries are within Africa. There is a real misconception on the quality of life and the conditions they will be expected to live in and those seem to be based on anecdotal evidence of people who have had a bad time. There are individuals who are unfortunately victims of crime in these countries and those are the stories that people tend to remember.”

“I remember talking to an expat who was a senior executive based in Lagos and I was on route by Nairobi and it was interesting that he said Nairobi is perceived as being safer than Lagos and a nicer place to work, but he says it’s actually more dangerous and as long as you adhere to the security protocol of Lagos, he said you can have a very safe and enjoyable existence.”

While many of these perceptions of Africa are exaggerated, Putley said that there is still a real concern about political stability in Africa. For example, recent events in Mali have caused some unease about working in Nigeria, due to the country’s proximity to the instability.

“There is also a genuine concern with Nigeria’s involvement in what is happening in Mali. Is that going to make them a target for terrorism? In Lagos, is that going to cause problems there? So the security implications are there.”

Many expatriates who are recruited to Africa have families that they bring with them. In some countries there are only a few quality schools of Western standards that suit the needs of the foreign family, and they might not be located in the area that the family has been recruited to.

“We have issues with executives who have children that are in the secondary education stage of their life and the provision of education for the family in some locations can be difficult, whilst up to age 11 or 12 education is very adequate,” Putley noted.

However, not everyone is apprehensive about working on the continent. “Other individuals who have moved from the UK to Africa have done it because the market has been tough in Europe,” explained Putley. “It’s been tough since 2008 and I think they are looking at an expanding, growing market with a number of [African] countries with double digit growth, or growth figures we can only dream of in the US and Europe, and they are looking where there is real opportunities.”

Putley said that one of their clients with four daughters wanted to move from California to Kenya to give his children a more grounded view of the world, compared to the extravagant way of life of California.

The firm often turns to the African diaspora for recruitment, and with notably large numbers of Ethiopians in Washington, and Nigerians in the UK and Houston, they know where to look. “[The diaspora] are looking now at very credible options for them to take themselves and their families back to [Africa] from a financial perspective, but also they are wanting to give back, perhaps, to a country that they left in the 60s or 70s,” Putley added.