“I have started more than 50 businesses. Most of them have failed, but I have learned a lot,” says James Panaito, a 29-year old Kenyan entrepreneur. 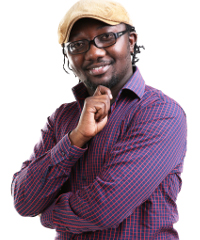 From a young age, Panaito always thought up new ideas to solve problems and figured that going into employment would limit his ability to implement those ideas.

Panaito told How we made it in Africa that he dropped out of university because he felt studying to become an architect was “wasting lots of my time”.

“I really wanted to make money,” he says. “I want to create an empire.”

Panaito’s string of failed businesses include a dance school and an office lunch delivery enterprise which he believes were not successful because he lacked skills and passion in both fields. But he has no regrets for his many failed attempts.

“What I have learned cannot be taught at any school because I have had real experience.”

His first successful venture was building websites in 2006 when technology adoption among Kenyans was just gaining ground.

“I found out that most of the problems I wanted to solve depended on IT so I decided to venture into that. I needed KSh. 40,000 (US$465) for capital. I managed to convince my mum who is a teacher to take a loan. She really believed in me.”

Panaito rented a one-roomed house made of iron sheeting in a low income estate in Nairobi, bought a laptop, began taking classes online and eventually honed his skills in computer programming. Confident that he was ready to start working, Panaito printed out posters advertising his services. A few weeks later he got his first client who needed a website.

“After that, work starting flowing in. In one month I had more than 10 clients and made about KSh. 500,000 ($5,800). I volunteered to build a website for the Ministry of Foreign Affairs which opened more government jobs. By the end of the year I had worked with six government ministries.”

Eventually Panaito worked with the World Bank on its business licensing portal, opening the gates for more work across the region.

“I love technology because I see myself as a problem solver. I go into an organisation and observe how they operate then look for ways to use IT to enhance their service delivery and enable them to work less and earn more.”

With constant work and money flowing in from his IT business, Panaito decided to invest in his other passion, photography. He bought a studio in Nairobi, now known as Panaito Photography, invested in equipment and hired a team of young photographers to work with him.

“Through photography I get to meet people from all walks of life and we easily interact. So, I use it to expand my networks which create more business opportunities.”

Panaito says he plans to open a photography school to train more young people who are interested in the trade. He is also launching a fashion enterprise and a stock photo site.

“Currently advertising agencies are relying on images from Shutterstock and Getty Images. I believe if these images can be made available here in Africa people will buy them.”

Panaito says diversity in business is good and he intends to open more enterprises.

“I see myself as a businessman who thinks outside the box and who intends to use technology to automate and to make money while seated.”

Panaito is thankful for his humble start and values the lessons he has acquired along the way.

“I wish I could clone myself. Getting skilled people is not easy. I have unique needs that have not been tested elsewhere,” he says. “I also have so many ideas and I can’t kick-start all of them. I have so many pending ideas that need to be executed. I have found that as I delay execution other people start the very same business I was thinking of. I am planning to build groups that can manage some of the ideas and execute.”

The young entrepreneur advises the youth in Africa to find a team that can help them grow.

“Associate with people who make you better, people who inspire you and people who tell you your strengths,” he adds. “You should never rest on your laurels because competition gets tougher every day. Always try to be the best in what you do. You don’t need everything to get started. You only need what you already have and the rest will be provided by the people around you.”

Panaito argues that Africa’s growing middle class is creating opportunities in various sectors that can be exploited by forward thinking entrepreneurs.

“I believe there is demand. We should not have more than 10% unemployment rate in any country in Africa. There are so many streets to be cleaned, there is grass to be cut, there is demand for African music and fashion… it is up to us to seize the opportunities.”