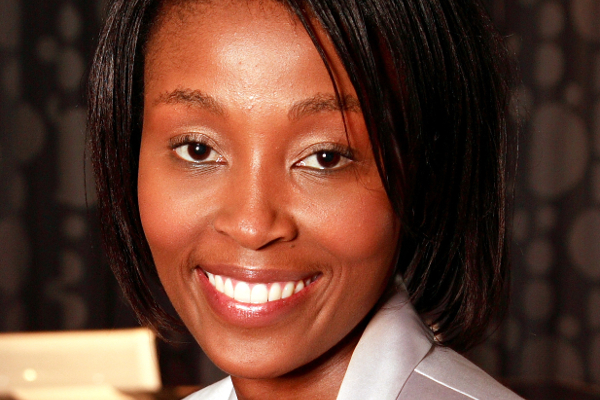 For anyone reading through Rabana’s professional bio, it would be difficult to imagine that she has ever experienced failure. Since stepping into entrepreneurship about 11 years ago, Rabana has founded two successful companies; become a sought-after speaker and thought leader; been appointed to various leadership roles (including a partner at the private equity and advisory firm, Nisela Capital); and been showered with numerous international awards and accolades. These include being named the Entrepreneur for the World (youth category) at the World Entrepreneurship Forum in 2014 and being featured on the cover of Forbes Africa magazine before the age of 30. Most recently she has been named as a Young Global Leader by the World Economic Forum.

But during a telephonic interview with How we made it in Africa last week, Rabana admitted there has been make-or-break challenges in her career – and she managed to conquer them through adapting her business strategies, and refusing to quit.

“We could have stopped, and then we would have failed. But if you keep going there is no definitive point of failure. For me, I just look at it as a series of ups and downs that you have to go through.”

Rabana majored in computer science at the University of Cape Town and co-founded her first business, a mobile software company called Yeigo, in 2006 – soon after graduating. This was her first foray into entrepreneurship and she admits the move came more from a desire to be her own boss than simply because entrepreneurship was her calling.

“I just came to a place where I felt that I was spending a lot of time – through high school, university, and then [next] the corporate world – playing by systems and rules that I hadn’t really subscribed to, and I just wanted to find a space where I could just do me. By a process of elimination it appeared the only way to do that was [with] your own business. That was the only way I would be able to decide how I spent my time and what I gave my attention to – which to me were the most important things to be able to have a say on,” she explained.

“I wanted to change the trajectory of my life. I didn’t want to go get a job. I was very clear on that.”

Rabana wasn’t the only one who felt this way; some of her classmates also dreaded the corporate world, and so they began brainstorming ideas for their own company. At the time, Skype’s VoIP service had taken off, but the technology had not yet been adapted for mobile phones – so they decided to build their own mobile VoIP platform. The solution was an early predecessor of similar technology used for WhatsApp calls, and they spent the next nine months building their prototype for one of the world’s first mobile VoIP applications.

At the same time they also tried to find funders but soon discovered there were not many investors interested in early-stage businesses. So they focused on developing relationships with potential mentors and advisors, which ultimately helped them connect with their first angel investors. By then they had a finished prototype, developed a business plan and could demonstrate to investors months of hard work

“That is pretty critical. Most people want to have an idea… and then just get funding. But we had to get pretty far along with the business, at our own speed, [before] we were able to win the confidence of people to invest in us.”

However, it soon became apparent that their business model had to be adapted to market realities, as consumers weren’t willing to pay for calls using their software.

Fortunately, their technology caught the attention of a Switzerland-based operator, Telfree Group, which wanted to use Yeigo’s software on their platform. In 2009 they acquired a majority stake in the company.

In 2012 Rabana and her co-founders decided to leave the company to explore new opportunities. “We felt that we had learned from this experience and wanted to do our own thing again… [I got] itchy feet again.”

Her next idea: an innovative digital learning platform that can identify areas of weakness in a user’s skills or knowledge, and then focus on them until they are adequately grasped. Rekindle Learning was launched in 2013 and has since found a market in corporate training.

Her company has recently acquired EnglishWordPower, a programme which helps first-year university students develop their English language skills to the proficiency level required for higher education. The platform is already being used by four universities.

Rabana’s advice for other aspiring entrepreneurs searching for funding is to first ensure they have existing customers and revenue streams.

“That’s the only way you can really raise funding. Most of the time in South Africa, people are trying to raise funding for pre-revenue or ideas stuff, and unfortunately there is just no funding for that kind of thing. You have to bootstrap, self fund, or work part time, consult or something. It just won’t happen without this – and if it does, it just won’t be on terms favourable to you. So then you shouldn’t do it.”