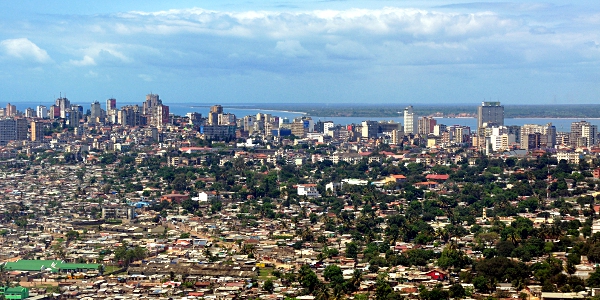 Small to medium sized enterprises (SMEs) wishing to expand their operations into African countries beyond their borders need to have a clear understanding of what they are trying to achieve. It is not a decision that should be taken lightly and even the best-laid plans can be stymied by unexpected challenges.

This is according to Michael Duys, CEO of Duys Engineering, the South African-based operation, which expanded into Mozambique in 2002.

Duys says in their instance, the expansion was organic. “We followed one of our major customers to Mozambique. It was a bit of a naïve move and we probably set up in Mozambique two years too early. Fortunately we were able to survive on small contracts in 2003 and 2004,” he says.

Duys Engineering is a family owned and managed steel fabrication, manufacturing and design house, which was founded in Durban in 1960. The business focuses on solving the engineering, manufacturing and logistics challenges of their customers, who are largely in the mining, automotive and industrial industries. Today the company employs about 400 people and has operations in Durban, Port Elizabeth, Richards Bay and Maputo.

When the engineering operation decided to move into Mozambique, Duys himself spent 18 months in the country setting up the business and tackling various administrative and regulatory hurdles. “It was a steep learning curve, which required an entrepreneurial approach and the ability to be flexible and adapt quickly.”

No legal baseline for conducting business in Africa

Africa is a huge continent made up of 54 countries, each with their own commercial codes and legal environments for conducting business.

Duys says it would be a mistake to assume a deep knowledge of Dutch-based South African law would help business people in a country like Mozambique. “Too often, companies looking to set up in other African countries think they can place a carbon-copy of their business into a new environment and it will be business as usual.

“Mozambique follows the Portuguese legal system and the state controls everything. Licences are required every step of the way and they are not easy to obtain. The country has been trying to make it easier to conduct business over the past five years, but there is still a long way to go as is reflected in the Global Competitiveness Report 2016/2017 where the country ranks 133 out of 138 countries,” adds Duys.

Getting to grips with local culture

While language is not a major barrier for South African companies hoping to invest in Anglophone countries, those pursuing opportunities in Mozambique or Francophone countries will face additional challenges, perhaps missing out on important nuances in their business dealings.

“As a risk financier for SMEs, we have also adopted the same stance, choosing to venture into Anglophone countries as it makes it easier and quicker to do business,” adds Paper.

Duys says one of the biggest mistakes South African businesses make when operating in the Mozambican business environment is adopting an arrogant stance. “South Africans are often viewed with suspicion because of their history of arrogance. Mozambique may not be a wealthy country, but many of its people are well educated and business savvy and do not tolerate any form of condescension.”

A clear vision is critical

“Perhaps the most important factor when considering new markets is understanding what will pull your business into the market,” says Duys. “For smaller operations this is critical, especially if you don’t have the deep pockets and luxury of patience that larger organisations might have.”

In Duys Engineering’s case, the company had a potential revenue stream in the form of an existing customer. “This afforded us the foundation on which to build our business further,” says Duys.

Duys says much of the company’s success can be attributed to persistence and learning on the ground. “When faced with challenges, the fastest way to overcome them is to tackle them head-on. We had to quickly learn about importing and exporting; getting goods across the border; the industrial relations environment; getting work permits and visas for expat staff; and managing finances in the face of currency volatility.

“The expat community is a valuable source of knowledge on how to negotiate the local business environment and for advice on many other practical matters. It is, however, important not to become solely entrenched in the expat community as there is the danger of creating an island mentality.”

Today, the lessons learned since investing in Mozambique are Duys Engineering’s greatest asset. “When we initially set up in Mozambique, we had a lot to learn. With 15 years of experience in the country, I believe we’re in a position to assist other organisations looking to conduct business or invest in Mozambique.

“In fact, larger organisations looking to invest in African countries would do well to consider partnering with smaller local companies,” says Duys. He adds that the partnership could be mutually beneficial to both parties, especially when it comes to leveraging each other’s knowledge, experience and other resources.

“If you want to do well in any country, you have to have a local presence and local knowledge, and that requires employing local people to support your operations. By doing this you would not only be benefiting your business but the local economy as well thus creating loyalty towards your brand,” concludes Paper.