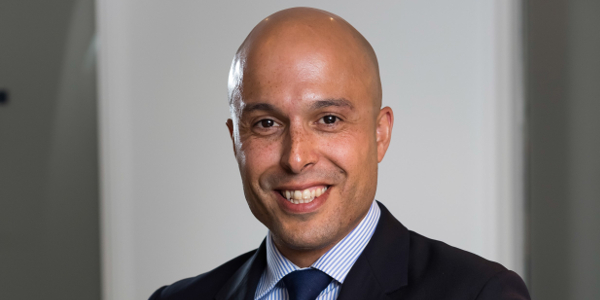 “There are a whole lot of events that are conspiring to make expats less attractive,” notes Leon Ayo, CEO of sub-Saharan Africa for Odgers Berndtson.

Africa’s skills shortage is a common challenge many multinationals face as they expand into various markets on the continent, especially when it comes to C-suite positions. From Nigeria to Zambia to South Africa – finding the right executive-level managers with a mix of international expertise and local know-how can be more challenging than anywhere else in the world.

One reason behind this is that African economies are still young. It wasn’t too long ago that these markets were under colonial rulers who did little to develop people through the establishment of schools and universities. And, following independence, the various civil wars and oppressive dictatorships that characterised the continent further delayed development.

In South Africa, for example, Apartheid only ended 22 years ago – where the Bantu Education Act had been enforced to deliberately prevent black South Africans from receiving a quality education to take on higher-skilled jobs.

This legacy is still being felt today and is one of the reasons many multinational companies expanding to the continent have been forced to deploy foreign expatriates in managerial roles – despite a preference towards local talent who have an understanding of local conditions. However, according to Leon Ayo, CEO for sub-Saharan Africa at international executive recruitment agency Odgers Berndtson, this model is becoming less feasible.

The firm recently released a white paper revealing that many companies are actively reducing their number of expat executives in Africa, despite the shortage of local skills. And Ayo highlights a number of reasons for this.

“There are a whole lot of events that are conspiring to make expats less attractive,” notes Ayo.

For starters, over the past year many African currencies have depreciated considerably against the dollar and other western currencies. Since non-African expats are often paid in their home currencies, companies are finding expats increasingly expensive. “So the rand depreciating 40% in the last 12 months means [paying expats] becomes 40% more expensive,” adds Ayo.

Stringent visa restrictions in South Africa have also meant that expat spouses typically struggle to work and often one expat’s salary needs to be able to support an entire family. This coupled with a demand for costly western standards of living, such as private healthcare and schooling, means that attractive expat salaries can be extremely expensive for a multinational company.

Africa’s infrastructure deficiency further exacerbates the cost. According to Mercer’s 2015 Cost of Living City Rankings, Angola’s capital Luanda is the most expensive city in the world for expats, while N’Djamena (Chad), Kinshasa (DRC), Victoria (Seychelles) and Lagos (Nigeria) made the top 20 list.

In addition today’s globalised world means that international travel has become easier and foreigners no longer see expat positions as the only option to explore the world.

“Expat travel in the 70s and 80s was very different because it was not the norm to go on long international holidays,” explains Ayo. “Now, with budget airlines and packaged holidays, the world is shrinking and people can go on adventures in South America, South Africa or Asia without necessarily going as an expat.”

Many African countries have also made it more difficult for companies to obtain work permits for expats with the aim of driving localisation of executive leadership. Other government policies, such as South Africa’s Broad-based Black Economic Empowerment (B-BBEE), have a similar objective.

Investing for the future

So with expats falling out of vogue and local executive talent difficult to come by, what options do multinationals have?

Firstly, those with expats already in place need to ensure there is a transfer of skills and know-how to local employees through mentorship and training programmes, says Ayo. Furthermore, young African employees should be sent to other markets where the multinational company operates in order to gain the international expertise they can later bring back to their home market.

“You can’t develop a deep talent pool of future executives over night – it takes years. So a lot of organisations need to make that investment. And they also need to appreciate that for the organisation to train a cohort of talent, they risk losing that talent to another organisation. However, if every organisation is doing this then they will actually make the pool much richer for everyone to obtain talent from,” notes Ayo.

The other option is to tap into the African diaspora. The growing sense of optimism surrounding the continent has meant many Africans who have studied and lived abroad are looking for opportunities to return home. This group has a combination of international expertise as well as an understanding of the local market.

“Ultimately Africa is going to increasingly be an attractive destination for investment and companies are going to want to access the growing numbers of African consumers, particularly the middle class. There is going to be a need for a cohort of leaders that can lead business in Africa and over the next 50 years we will not be able to build business schools fast enough to develop them,” Ayo continues.

“So organisations will have to develop [their own training] programmes and send more students overseas to train.”