“This growing infrastructure demand presents a critical challenge for Africa as the continent seeks to compete in global and regional trade markets that rely on just-in-time production and flexible, speedy and reliable delivery. Closing the infrastructure deficit is vital for economic prosperity and sustainable development.” 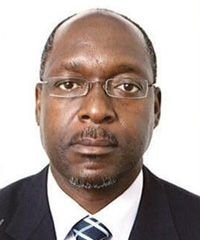 Shem Simuyemba is the chief infrastructure economist at the AfDB.

“Numerous studies, analysis and forums, conducted by the AfDB and others, have brought out the fact that one of the biggest constraints to Africa’s growth and competitiveness has been fragmented, inadequate and underperforming infrastructure systems in terms of transport, ICT, energy and water,” stated Simuyemba. “The key to unlocking Africa’s growth potential is investment in its infrastructure.”

PIDA was recently formulated by a number of partners – including the African Union Commission, AfDB, the NEPAD Planning and Coordinating Agency, the UN Economic Commission for Africa (UNECA), the Regional Economic Communities in Africa, with contributions from African countries. In January 2012, PIDA was approved by the African governments and heads of state at their 18th Summit in Addis Ababa.

PIDA estimates that the average economic growth rate for African countries will be around 6% per year between 2010 and 2040. According to Simuyemba, this growth will be driven in part by a rapidly growing population, rising levels of education, and improving technology absorption. “This growth implies that, over the 30 years to 2040, the GDP of African countries will multiply six-fold, and the average per capita income will rise above US$10,000 for all countries.”

However, this expected growth will inflate the demand for infrastructure, which Simuyemba argues is already “one of the continent’s greatest impediments to sustainable development”.

If this growth is achieved, Africa’s infrastructure will need vital investment to meet the predicted 2040 demands in power, transport, water and the ICT sector. Simuyemba stresses that in order to unlock the continent’s infrastructure potential, leveraging private sector financing will be critical.

Power: The power demand in Africa in 2010 was 590 terawatt hours (TWh). It is estimated that by 2040 this demand will increase to over 3,100 TWh, which is almost an average growth rate of 6% per year. “To keep pace, installed power generation capacity must rise from present levels of 125 GW (comparable to the United Kingdom) to almost 700 GW in 2040,” noted Simuyemba.

According to PIDA, there are opportunities for investment in Africa’s energy in:

Transport: It is estimated that by 2040 transport volumes will increase by six to eight times the current amount, while some landlocked countries will see volumes increase by up to 14 times. In addition, port throughput is expected to rise to two billion tons in the year 2040, a huge growth from its 2009 levels of 265 million tons.

The following investment opportunities in transport infrastructure have been highlighted:

Water: The predicted water needs for the year 2040 will put some of Africa’s river basins under “immense ecological pressure”, according to Simuyemba. These include the Nile, Orange, Niger and Volta. To avoid this, Africa would need to invest in measures for sustainable water management, such as the development of multi-purpose dams and building the capacity of the continent’s lake and river basin organisations for the purpose of planning and managing hydraulic infrastructure. “The water-food-energy nexus is particularly critical in this respect,” added Simuyemba.

Investment opportunities in Africa’s water include: