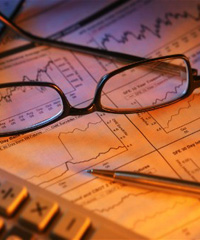 Kenya, Ethiopia, Ghana, Tanzania and Cameroon stand out for their population size, relative maturity of their economies and economic growth prospects – although challenges remain across Africa such as skills and infrastructure deficits and the development of labour-intensive sectors to sufficiently absorb the number of new entrants to labour markets. Despite risks, these frontier markets will offer attractive long term investment potential as their economies develop from a low base, outperforming many stagnant, crisis-hit advanced economies.

After a relatively volatile election this year, the prospects for the Kenyan economy are increasingly positive, which should attract investor confidence and foreign direct investment (FDI). Agriculture, hunting, forestry and fishing retains its importance – 28% of gross value added (GVA) in 2012 – but the government intends to support private sector growth by improving the legislative framework. This is an important step in a country whose ranking in the World Bank’s Ease of Doing Business Index has declined.

Risks of inflation remain amid strong domestic demand while high unemployment (38% of the economically active population in 2012), investment in infrastructure and reoccurring drought are challenges. The government aims to make Kenya a middle-income, newly industrialised country by 2030 as part of its Vision 2030 plan, while the discovery of oil could prompt national oil production.

Ethiopia has experienced sub-Saharan Africa’s fastest average annual real GDP growth over 2007-2012, of 8.7%, while it has the second largest population in the region (behind Nigeria) at 86.6 million in 2012 providing major consumer market opportunities.

Progress in privatisation of land ownership and higher private sector involvement will promote growth in the medium term but this is underdeveloped as public investment in infrastructure remains a fundamental driver of economic growth. Risks include high inflation – at 22.8% in 2012 – and global food price shocks.

However, Ethiopia has benefited from notable poverty reduction and has made strides towards meeting the Millennium Development Goals, although per capita incomes remain low. The country has strong potential for hydro and wind power and the government is targeting accession to the World Trade Organisation.

3. Ghana: stable growth to continue in the medium term

Ghana’s economy has enjoyed robust growth, thanks to sound governance and an abundance of commodity resources including gold, cocoa and now oil. The country has recently become an oil producer which should lift economic growth in the medium term. As a result, Ghana has attracted strong capital inflows, especially to the oil industry.

Development of labour-intensive sectors is a challenge while a lack of adequate water supply threatens sustainable economic growth and consumer health.

Ghana holds close trade ties with Europe, with 57.4% of exports going to the region in 2012. This poses a danger to the external sector as Europe continues to struggle to grow. In 2013, the country ranked 64th out of 185 countries in the World Bank’s Ease of Doing Business Index, making it the fifth easiest country to do business in across sub-Saharan Africa, promoting opportunities for FDI in the private sector.

Real GDP growth has been driven by exports and the communications sector and Euromonitor expects robust average annual real GDP growth of 7% in 2012-2017. Tanzania is gaining advantage from regional growth but electricity shortages are a major hindrance for businesses and consumers.

The agricultural-based economy is performing below its potential. The quality of education is weak and the government faces the challenge of fostering labour-intensive economic activity. Poverty has declined but GDP per capita growth has been growing slowly at just US$586 in 2012 compared to $409 in 2007. Tourism holds significant potential while privatisation is also under way. The country’s natural resources are attracting investment in the mining sector. Tanzania could become a natural gas producer by 2020 amid recent offshore natural gas discoveries.

Agriculture, construction and services are driving Cameroon’s economy while mineral mining and a pool of natural resources will boost growth in the medium term, with production of diamonds and bauxite alongside an expected rise in oil production. Services accounted for 46.8% of GDP in 2012.

The greatest obstacles to sustained economic growth are the incidence of poverty and income inequality, the sizeable informal sector (estimated to employ around 90% of workers) and underemployment. Export market diversification is also needed as 46% of exports went to Europe in 2012. Yet, Cameroon benefits from stable politics, a young and growing population which could inject opportunities into labour and consumer market development. Infrastructure and electricity deficits restrain the business environment but major infrastructure projects are under way. Cameroon also has an ambitious target to become an upper middle income country by 2035.