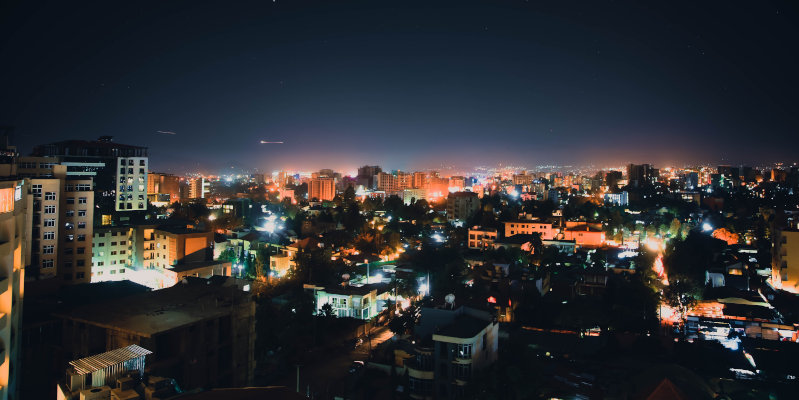 The government’s growth strategy calls for structural reforms designed to strengthen the private sector, boost competition, and increase investment – an approach that is accelerating the end of Ethiopia’s long reliance on state-led economic development.

The ratification of a new investment law at the end of last month by the House of Peoples’ Representatives is expected to add momentum to Ethiopia’s reform efforts. The new law, which updates the 2012 Investment Proclamation, consolidates reforms and confirms that few sectors will be restricted for foreign direct investment – the specifics will be defined in an investment regulation in the following months – allowing all other economic sectors to be open to foreign investors. These developments are in line with recommendations from the Country Private Sector Diagnostic (CPSD) for Ethiopia, published by IFC and the World Bank in March 2019.

Observers say that placing this nation of 109 million people on a track to become a middle-income country by 2025 – as envisioned in the government’s Growth and Transformation Plan II – will require broader reforms, more foreign direct investment, and greater integration with the global economy.

In line with its recent Homegrown Economic Reform Programme, which addresses macroeconomic imbalances and provides a foundation for growth led by the private sector, Ethiopia implemented important reforms over the last six months to allow more space for private sector investment.

“We still have sectors dominated by state-owned enterprises, such as financial markets, telecommunications, logistics, and transportation,” said Cheick-Oumar Sylla, IFC’s country manager for Ethiopia. “Reforms in telecom and logistics are expected to open those sectors to the private sector and to more competition. Shortages of foreign currency and disparities in the exchange rate are critical issues to be addressed, but we are seeing movement in the right direction.”

Although Ethiopia’s poverty rate stands at 26.5%, the country has many advantages that are of interest to investors. With annual economic growth averaging 10% over the last decade and growth projection of around 7% for 2020, Ethiopia has had one of the fastest-growing economies in the world, higher than the regional average of 5.4% annually. The country also has the second-largest population in Africa, of which 70% is under 30, providing both a substantial labour force and a large internal market.

Under Prime Minister Abiy, the country has taken substantial steps to improve its security and expand human rights protections. After assuming power, Abiy quickly made peace with neighbouring Eritrea, released political prisoners, and allowed greater freedom of the press.

Many in the international business community in Ethiopia welcome the new investment law, noting that the most important reform as the introduction of the negative listing approach, in which any sector not designated as off-limits to foreign investors is open.

Rebecca Araya, general manager of the American Chamber of Commerce in Ethiopia, believes this development will do a lot to attract foreign capital and expertise. “The negative list will help attract investors who have been on the sidelines, but couldn’t legally enter the market,” she said. “I think we’ll see a huge drive of joint foreign direct investment ventures.”

Another positive development ensures that the private sector will have a voice in policy deliberations – two private sector members will be included on the Ethiopian Investment Board, a body chaired by the Prime Minister.

The government plans to privatise the state-owned telecommunications company, Ethio Telecom, offering up to 49% ownership to outside investors. The government also plans to offer two new licences that will allow new players, including foreign investors, to enter the market.

According to the CPSD, structural reforms in the sector are expected to lead to greater competition, better services, lower prices, and to provide the capital and expertise necessary to expand the telecoms infrastructure. Global players are paying attention: Several potential investors were present at a recent public consultation on the telecoms sector.

The potential is significant, both for investors and for the public good.

“Imagine having an opportunity to enter a new telecoms market, which gives investors access to Africa’s second-largest population,” said Vivianne Infante, country representative of the United Kingdom’s development finance institution, CDC Group, which has invested in several equity funds in the country.

“With the right regulations, the sky is the limit. And that’s because this situation doesn’t just offer commercial opportunity – it also offers access to services which have been proven to have a significant positive impact on people’s lives elsewhere on the continent.”

Ethiopia’s forward momentum is encouraging, but the government will have to push reforms further to consolidate these gains. For instance, foreign investors say one notable sector, financial markets, remains out of reach to them under the revised investment law. Currently, the banking sector is poorly developed and only open to domestic investors.

The World Economic Forum’s 2019 Global Competitiveness Report lists Ethiopia at 107 out of 140 countries in terms of financial market development. The CPSD notes that two state-owned banks dominate the financial markets sector, with state-owned enterprises receiving preference for credit. As a result, local firms have limited access to credit – only 16% of the private sector uses banks, compared to 51% in Kenya and 41% in sub-Saharan Africa as a whole.

The World Bank Group’s 2020 Doing Business report ranks Ethiopia 176 out of 190 economies in the Getting Credit indicator. A substantial gender disparity also exists. Women are disproportionately represented among the unbanked – in 2019, only 29% of Ethiopian women had bank accounts, compared to 41% of men. Credit bureaus are also underdeveloped, with coverage of the adult population standing at 5%.

Insufficiently developed human capital is another challenge. The CPSD notes that secondary school enrollment rates are at 31% and that mid-level management and technical staff are in short supply.

Another important step recommended in the CPSD analysis is fast-track accession to the World Trade Organisation (WTO). Further integration with the global economy through the WTO will give a push to reforms and will signal the government’s commitment to creating a transparent, predictable trade regime to local and foreign investors. In an interview published on WTO’s Twitter feed, Mamo Mihretu, senior advisor to the Prime Minister and chief trade negotiator, said that WTO membership would serve as an external anchor to consolidate domestic reform efforts.

The Ethiopian Investment Commission (EIC) is also playing a significant and meaningful role in identifying sectors for growth, streamlining the regulatory environment, and simplifying the investment process, for example, by creating an online registration and licensing system. EIC Commissioner Abebe Abebayehu sees promise in industrial parks for more effectively developing key sectors. “Some industrial parks will be exclusive for some sectors, such as ICT and pharmaceuticals,” he said. “We are also looking at sectors where we can take advantage of our large, low-cost workforce, such as light manufacturing and horticulture.”

Ethiopia’s reform efforts are getting strong support from international development institutions. The World Bank is supporting a $150 million project to upgrade a logistics hub at a dry port near Addis Ababa. And in December, the International Monetary Fund provided a $3 billion loan to support the Homegrown Economic Reform Programme.

Many observers believe that the government’s push for reforms will attract much more private sector investment in the years ahead.

Zemedeneh Negatu, global chairman of Fairfax Africa Fund, a US-based investment firm, is optimistic about Ethiopia’s prospects. “We’re always looking for growth markets, and Ethiopia offers one of the more exciting opportunities in Africa,” he said. “The government’s reform efforts to de-emphasise state activity and bring balance between the state and the private sector enhance investors’ confidence. The reform is backed by serious money and commitment from the top leadership. That’s why we are confident it’s going to succeed.”