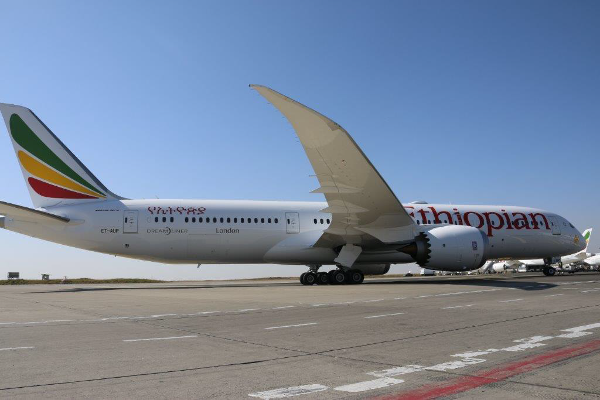 Ethiopian Airlines, the largest Aviation Group and SKYTRAX-certified Four-Star Global Airline, is pleased to announce that it has taken delivery of its second Boeing 787-9 Dreamliner fleet on November 21, 2017.

In less than a span of a month since Ethiopian took delivery of Africa’s first Ethiopian B 787-9, the second B787-9 aircraft has joined its youngest fleet totaling its operating fleet to 95 among which 21 are from the Dreamliner family. As a global airline, Ethiopian names its fleet after notable landmarks situated in the cities it operates to; hence, the new fleet has been named after the city of London.

Since its delivery in October, Africa’s first Ethiopian B787-9 has made its debut flight to major cities like; Kilimanjaro, Zanzibar, Kinshasa, Mombasa, Abuja, Madagascar, Dubai and Delhi. Customers have enjoyed its unique features such as biggest windows in the sky, high ceiling, less noise, distinctive lighting, and higher air humidity.