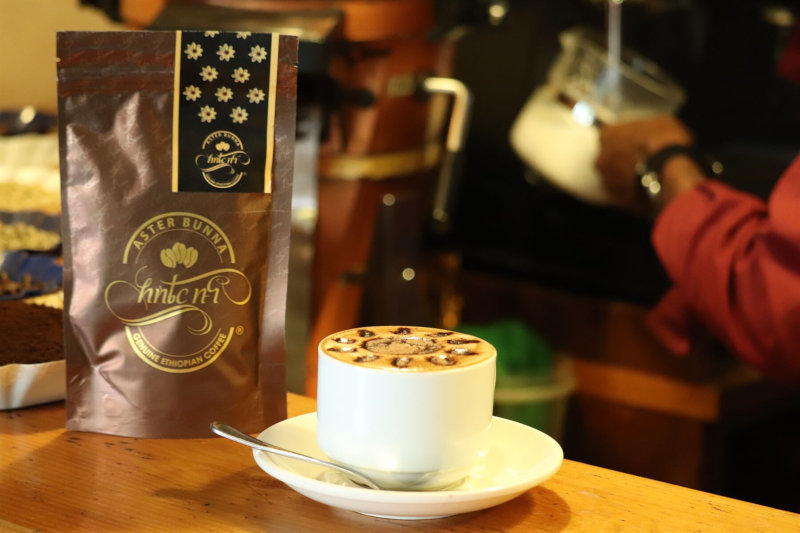 Aster Bunna produces coffee for both the Ethiopian and international markets.

Throughout Ethiopia, the smell of frankincense can be found wafting around street corners and drifting in and out of homes. The fragrant incense is almost as ubiquitous as the age-old practice that it accompanies: Ethiopia’s coffee drinking ceremony.

With grass scattered on the floor and popcorn served on the side, coffee has been widely consumed in Ethiopia for centuries. It’s like food,” says Aster Mengesha, CEO of Aster Bunna, a medium-sized coffee roasting company based in Ethiopia’s capital city of Addis Ababa. “Everybody, everywhere drinks coffee.”

Most coffee produced in Africa is destined for lucrative export markets owing to paltry demand locally where coffee is not yet part of daily life. But in Ethiopia, Africa’s second most populous country with around 118 million people, the domestic call for coffee has given rise to an entire industry predominantly focused on the local market.

When Aster left her job as a public servant in 1998 to set up Aster Bunna, there were only four to five coffee roasters in the country, she says. Now there are over 100 small to large coffee roasters working in Ethiopia. “Demand for coffee has increased in Ethiopia,” she reveals.

Rather than working with smallholders to procure coffee, Aster buys the green coffee beans from the Ethiopia Commodity Exchange. The next step is roasting the coffee to prepare different blends and then finally packaging and selling the finished product to various customers across Ethiopia and abroad.

Selling a mix of retail and wholesale, her customers include restaurants, cafés, embassies, hotels and individuals. The brand is sold across Addis Ababa and in other major cities including Bahir Dar and Hawassa. She also runs a small coffee shop in the capital city for customers to try her blends. 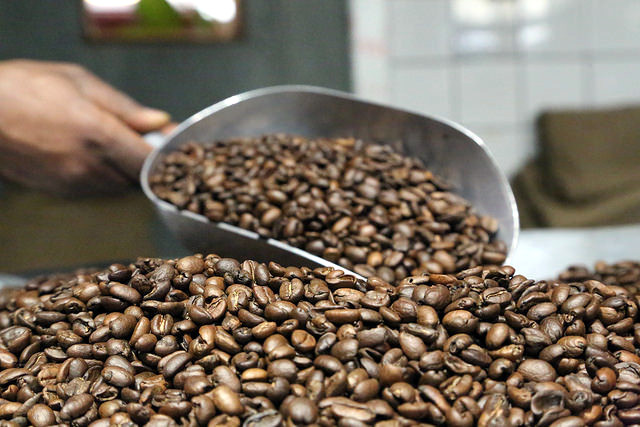 Aster explains the benefit of working with a commodity exchange rather than buying from smallholders is that she can buy coffee when needed, depending on requests from customers. The downsides, however, are the fluctuations in price and available quantity according to local market conditions.

Ongoing conflict in Ethiopia’s Tigray region – although not an area that produces coffee – has had an overall negative effect on the economy, increasing the price of fuel and subsequently coffee.

The struggle to source capital

By organically increasing her customers over time, Aster has been able to move from one 5kg coffee roasting machine to a capacity of 60kg. This has allowed her to increase the volume of coffee roasted each day from 80kg up to 500kg.

However, the growth in the business did not come without its challenges. Accessing finance in Ethiopia is a common problem. “I have a shortage of capital. The interest charged with a bank loan is very high, especially for a woman, it is not easy.” 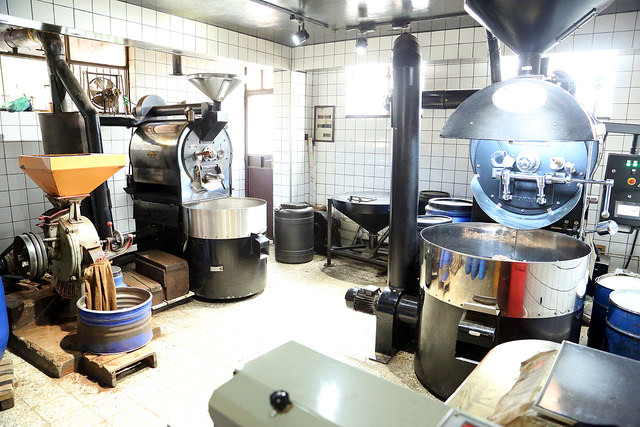 Aster was able to circumvent this by using funds from friends and family to purchase machinery from Germany, Denmark and Turkey. She is hoping that either the government or organisations like the World Bank will give her a reasonable loan in the future to buy green coffee processing, roasting, grinding and packaging machines as well as invest in employee training and marketing.

Increasing exports despite the pandemic

The boost to Ethiopia’s domestic demand has been driven partly by the establishment of coffee drinking in the ‘modern’ way. Coffee shops like Kaldi’s Coffee – serving cappuccinos and lattes – have sprung up in Addis Ababa and elsewhere in recent years. This has added to the custom of drinking coffee in the ‘traditional’ way.

But international demand for arabica coffee, which originates in Ethiopia, is also strong. Aster says her first export of coffee was to Russia around 10 years ago. She has since expanded her international sales to Switzerland, South Korea, Norway, the US and Germany, to name a few.

One issue, however, is the preferential requirement from international buyers for the unprocessed beans known as green coffee. Large hospitality businesses prefer to buy the raw coffee beans at source and roast them in-house once they reach their destination.

This puts pressure on companies like Aster Bunna that do not grow coffee and are seeking to add value by processing the raw produce.

Nevertheless, most of Aster’s coffee is transported on Ethiopian Airlines’ cargo airplanes, which have managed to continue running throughout the pandemic and have proved an important source of income. The entrepreneur would like to increase the size of her business by up to three times over the next five years, with growth in both the domestic and international markets.