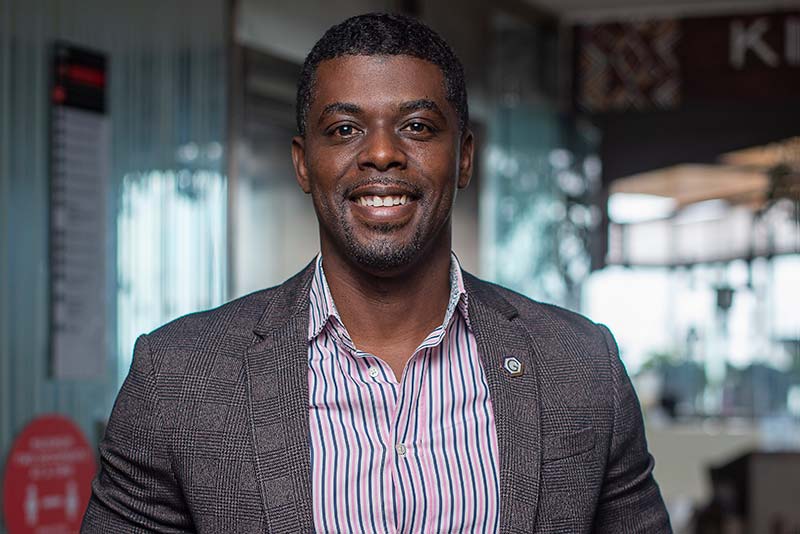 At a young age, Amadou Daffe loved to reconfigure his and his sister’s electronic toys – and as he grew up, his curiosity compelled him to solve bigger and more complex problems. When he learnt about photovoltaic cells, which convert light energy into electricity, Daffe dreamt up a plan to build a solar power system across the Sahara. “I was always trying to figure out how to improve things,” he said.

That impulse stayed with him as he earned degrees in computer science and throughout stints at several corporate IT departments in the US. As he noticed that Western companies were outsourcing back-office and IT work to Asia, he thought to himself: “This can work for African countries, too. We just need to build the right globally-competitive African tech talent pool.” He had always wanted to help make Africa more competitive, and his biggest idea yet – creating a talent infrastructure within Africa – now demanded his full attention.

As Daffe travelled from East to West Africa in search of top software engineers, he noticed that the continent lagged behind in software development and engineering, even though there were many smart people who had the potential to become developers. After moving to Ethiopia in 2016, he and co-founder Hiruy Amanuel launched Gebeya to equip African IT professionals with the skills they needed to work for companies across the continent and around the world. The business model has evolved beyond training software developers, and Gebeya now works with project and product managers, graphic designers, and other professionals. The company has also created the Gebeya Incubator, which nurtures digital entrepreneurs, and an IT skills marketplace, which matches developers and companies in need of tech talent.

Setting up a talent infrastructure company in Ethiopia wasn’t easy, Daffe acknowledged, but with over $3.2 million from investors across the globe, Gebeya has grown quickly.

“These resources have helped reinforce our talent pool and build capacity for the Gebeya talent marketplace,” Daffe said. “Connecting young Ethiopian talent with global opportunities and better pay enables them to help their families and communities, and make a significant economic impact.”

Gebeya has trained and graduated about 800 tech professionals and has matched a third of them with employers across Africa and around the world. Gebeya also recruits top talent from across the continent; if they pass rigorous screening and testing standards, they too qualify to be matched for employment with large multinationals and startups. Gebeya talent also must possess soft skills, integrity, and professionalism, Daffe said, “[This] is what builds companies.”

As an entrepreneur, Daffe has learnt from his own setbacks and believes that such lessons are important. “Failure means nothing for an entrepreneur if they can pick themselves up. Every time a startup fails, it is an opportunity for the founders to learn how to build better companies.”

Daffe is now focused on expanding Gebeya to 10 major cities in Africa. “I want Gebeya to be the go-to brand when it comes to talent in Africa,” he said. “If our generation does not sacrifice and build exceptional companies that we can be proud of, then our children will be disappointed.”