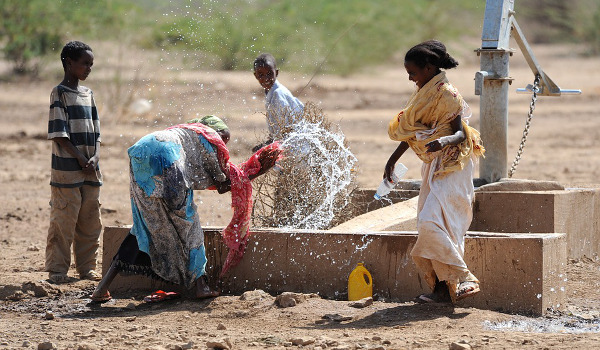 Over the past 12 years Ethiopia has been lauded as one of the fastest-growing economies in the world with average gross domestic product (GDP) growth of 10.8%. It has also seen a significant decline in poverty. In 2004 it had a poverty rate of 39% which had fallen to 23% by 2015.

But there’s a cloud hanging over the country. In 2016 it was hit by a drought that affected 10 million people. And a new drought has emerged again this year.

2016 also saw an outbreak of political protest. Although things are relatively calmer now, the state of emergency that was declared in October 2016 has been extended.

But Ethiopia still has a lot going for it, including a large youth population – over 70% of the country’s population is under 30 years of age. This could be turned to a massive advantage if backed by appropriate policies.

Ethiopia’s demographic profile mirrors China’s in the 1980s and of East Asian countries in the 1950s. The spectacular economic growth in East Asia in the second half of the 20th century is partly attributed to the demographic transition that supplied the economies with a young workforce. The key to reaping this demographic dividend is, of course, that there are jobs for those joining the labour force.

While a young population can be a positive economic factor, it can also be a political risk in an economy that doesn’t create enough opportunities.

Until recently Ethiopia had avoided large-scale political upheaval among young people. This was partly due to the government’s tight control of youth groups and surveillance of their activities. But recent unrest with youth at the helm signals huge problems, indicating that their livelihood and unemployment issues can no longer be suppressed or ignored. Addressing the problem head on is the smarter thing to do.

Every year more than a million young Ethiopian men and women join the labour market. But the economy produces far fewer new jobs and opportunities. This is partly due to the structural make up of the largely agrarian economy.

Over 80% of Ethiopians live in rural areas. While the agricultural sector in Ethiopia has declined significantly as a contributor to the economy in the past decade and now accounts for less than 50% of the national product, it still employs more than 70% of the labour force.

Historically, most people who were born in rural areas tended to settle there. But land scarcity and population growth, coupled with limited non-farm employment opportunities has started pushing young people into the urban areas.

There aren’t enough jobs for them there either. Official statistics show that 30% of 20 to 24 year-olds in urban areas are unemployed. Some studies suggest that the actual rate is as high as 50%.

National level labour surveys and other studies suggest that young people with secondary education or more are the ones missing out the most from the flourishing economy. Many – about 70% – join the labour market with little or no practical or specialised training past the general secondary education.

High levels of unemployment among educated young people is a troubling phenomenon. The country’s youth have increasingly higher aspirations and expectations due to the possibilities they see, given the country’s economic growth. They also have high expectations of what they believe they deserve as relatively educated people.

But not only are there no jobs, wages are often not high enough to support high living costs.

This gap between aspirations and economic reality is clearly becoming increasingly frustrating.

In focus groups of young people in different parts of southern Ethiopia we captured a deep sense of hopelessness and a fear that they would remain trapped in poverty.

For those living with their parents the main concern was that unemployment was “waiting for them” when they finished school. Many said that they previously thought that hard work at school was the way out of the life of poverty their parents had endured. Many were clearly itching to do something about their lives.

One sign of this pent up frustration is the surge in young people choosing to take the risk of irregular international migration even when they’ve been warned about the risks.

Ethiopia’s youth bulge can be an engine for growth as international companies look to set up operations where they can access low-wage labour. On top of that, an increase in the number of young people working would boost demand and investment in the country.

But to transform young people into an engine of growth requires improving access to employment.

The government should create an enabling environment for the private sector by improving the country’s dismal business environment.

At the same time, it should design effective employment programmes. It’s recent effort to increase job opportunities for unemployed young people is a step in the right direction. But policymakers, politicians and those implementing policies should resist the temptation to use access to jobs and employment as a political tool.

Sosina Bezu is a senior researcher in development economics at the Chr. Michelsen Institute. This article was originally published by The Conversation.