Equatorial Guinea President, Teodoro Obiang Nguema Mbasogo, in speech this afternoon before the Fortune/Time/CNN Global Forum in Cape Town, announced a five-point comprehensive reform and transparency programme that he described as an historic “turning the page” in the history of his country. 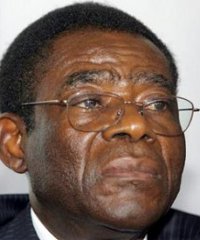 President Obiang committed himself personally and his government to implement this 10-year programme in close cooperation with the world community, the African Union and non-governmental organisations (NGOs), inviting their technical assistance and cooperation.

He asked his audience of the world’s business leaders to see his reform programme as further reason to see Equatorial Guinea as a destination for investment and just and reliable treatment under a reformed legal system.

President Obiang emphasised his desire to make Equatorial Guinea a business-friendly destination for investment, tourism, and the development of health facilities and research projects.

“In addition to oil, Equatorial Guinea has other largely unexploited human and natural resources,” President Obiang said, “including a tropical climate, fertile soils, rich expanse of water, and deepwater ports.”

“We hope to develop a variety of industries through these resources and we invite investors from across the globe to consider the exciting possibilities with us,” he said.

The president pointed out that his country is a member of the Organisation of the Harmonisation of Business Law in Africa (OHADA), which facilitates and encourages both domestic and foreign investment in member states and which commits Equatorial Guinea, by treaty, to a supranational court to ensure uniformity and consistent legal interpretations across the member countries.

President Obiang stated he was aware of “criticisms of my government and even of my family,” many of which he believed to be untrue and published without full assessment of the facts.