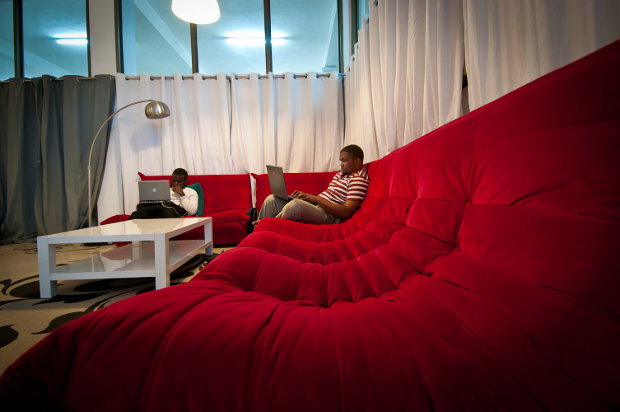 This was Chinese billionaire Jack Ma in Ghana on Saturday, speaking at the inaugural edition of the “Netpreneur Prize” – a $10 million initiative set up by the Alibaba founder to support digital entrepreneurship on the continent.

Motivational rhetoric like this is part of the mantra that, faced with governments failing to deliver meaningful growth and jobs, Africa must look to its young entrepreneurs to drive development. Armed with smartphones and a can-do attitude, the argument goes, they can innovate their way to success and develop Africa in the process.

Like all business, entrepreneurship doesn’t take place in a vacuum, with success generally depending on the right conditions. This includes government policy, education, infrastructure, research and development, and a healthy financial sector.

Even with the right environment, it’s an uphill struggle. In the US, first on the index, almost all startups fail.

Africa’s entrepreneurial potential is not in doubt, but realising it will take more than motivational rhetoric.

Unions in South Africa on Sunday threatened to shut down the country’s entire aviation industry by extending a strike beyond struggling state-owned South African Airways. This follows stalled talks amid a strike called last week, which the company has warned could cripple the airline. More: Independent Online

Ethiopia’s ruling coalition, the Ethiopian People’s Revolutionary Democratic Front, has announced an in principle agreement to merge into a single party ahead of general elections in 2020. The vote will be the first under prime minister Abiy Ahmed, who has overseen sweeping reforms since taking office in April 2018. More: Africanews

US assistant secretary of state for African affairs Tibor Nagy has said Washington is looking at the possibility of removing Sudan from its list of state sponsors of terrorism, following the ousting of longtime ruler Omar al-Bashir in April. Khartoum’s inclusion is a major barrier to attracting much-needed foreign capital to help stabilise its struggling economy. More: Reuters

The International Monetary Fund and Democratic Republic of Congo’s government have agreed a financial assistance package that could pave the way for the Fund to resume lending to the country, which was suspended in 2012 due to concerns about corruption in the mining sector. The Fund is expected to consider a credit facility in mid-December. More: Bloomberg