Mazen Helmy is the founder of The District, the first Egyptian co-working space for entrepreneurs, startups, freelancers and businesspeople. He came up with the idea in 2010 when he was 23 years old and working as a construction engineer, and felt bored and uninspired by the conventional office environment. 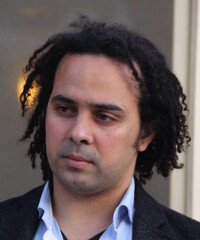 Mazen Helmy, founder of The District

At first Helmy wanted to create a café in Cairo where entrepreneurs and businesspeople could mingle over coffee after work. However, the idea soon evolved into a shared working space for like-minded individuals who could thrive in an environment that supports creative thinking and the sharing of ideas and expertise.

In 2011, Helmy launched The District and has since been working on growing its community and physical space, which is now over 1,000m². The District does not invest in startups and there is no selection process to be part of the community.

“Our community keeps growing and attracting different kinds of entrepreneurs; like those working in different fields and from different nationalities and different backgrounds,” Helmy told How we made it in Africa. “But the common thing between them is that they are all still entrepreneurs and they are seeing opportunity and can collaborate and innovate.”

Helmy said the entrepreneurial environment in Egypt is booming, especially among the younger generation, adding that there is a saying in the country that states that “to be human is to be an entrepreneur”.

The District provides entrepreneurs and startups with shared infrastructure, such as internet access, desks, chairs and printers, and is more financially efficient for young startups that cannot afford to invest in their own work premises yet. The co-working space also allows its members to share services such as lawyers, accountants and web designers, while providing an environment in which they can collaborate and share expertise, knowledge and experience.

“We also have different models of membership for entrepreneurs to suit their needs,” continued Helmy. “That starts with being very flexible, so you have hourly access up to having unlimited time for the whole month.”

Membership fees can range from temporary access of US$1.5 per hour to full access of $170 per month.

According to Helmy, there are plans to expand The District to include a second location in Cairo, but he first wants to master the business model.

‘Done’ is better than ‘perfect’

When it came to setting up and growing The District, Helmy faced some of the same challenges that many of the entrepreneurs who use his co-working space currently face. However, he said passion and vision has been what pushed him through, adding that the most important thing an entrepreneur can do is get started.

“Done is better than perfect,” he explained. “If you have an idea and are passionate about it, just do it.”

Helmy said his father is his role model when it comes to being an entrepreneur and, coming from an entrepreneurial family, he is not afraid to take the leap and get started with his business ideas.

“The most important thing is taking your first step today rather than tomorrow.”

He also advises entrepreneurs to surround themselves with people they trust, always do something they believe in, and strike a balance between their work and personal life.