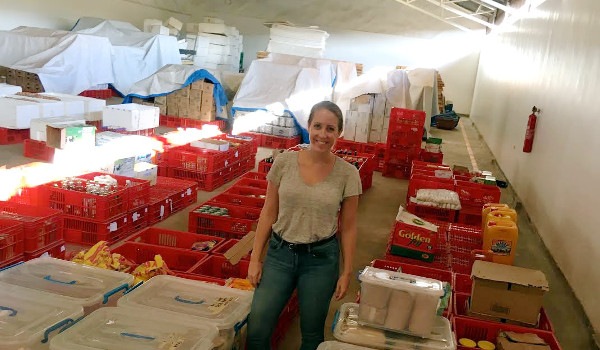 When Lauren Russell Nkuranga arrived in Rwanda with the Nike Foundation in 2012, she had the clichéd western belief that Africa is predominantly a place of war, poverty and disease, and is desperate for foreign-funded charity.

But she quickly discovered that many countries on the continent were in fact growing at a rapid pace. For instance, Rwanda’s economy has expanded by an average annual rate of 7.6% between 2007 and 2016.

So when Nike asked her to return to the US, she made the bold move to leave her job and stay in Rwanda to pursue a business plan she had been nursing since moving there. The idea? A food distribution company.

“I thought to myself that if I go now, I’d be missing out on the biggest opportunity of my life – that no one has really cracked food distribution in Africa.”

Mustering the courage to quit Nike was difficult, but the potential of the new venture was clear. And in September 2014, she established GET IT, a food services business based in Rwanda’s capital Kigali.

“Really, it was my simple home grocery purchasing that inspired GET IT,” Lauren explains. “I had to go to five stores to find the ingredients to make something simple like lasagne. I thought if I couldn’t find what I wanted, maybe others are having that problem too.”

The original plan was to supply households, whereby a customer would place an order via SMS and the product gets delivered the next day.

But one day GET IT received an order from a restaurant. Lauren questioned why the restaurant wasn’t using a commercial food distribution company, but, to her surprise, no one was offering this service.

Today, commercial kitchens are GET IT’s primary focus. It sources and delivers a variety of fresh, frozen and dry goods – including fruit and vegetables, meat, and dairy – along with kitchen supplies.

“We serve anyone who is cooking for people eating outside of their homes. On one end, we serve high-end lodges, hotels and notable restaurants in Kigali… On the other, we serve schools, churches, and company canteens,” Lauren explains. “We cater mostly for commercial kitchen needs instead of household needs because we see there are lots of opportunities there. Households are a very small fraction of what we do.”

Lauren started GET IT with US$5,000 of her personal savings, but has subsequently raised $1m in equity funding.

“For the first year of the company, I lived on my savings. I wanted to be sure that before I took other people’s money, I had demonstrated how that investment would grow and how they would get a return. I was able to get to revenue generation in that initial phase without outside investment. It meant that raising money was a lot more straightforward once I was ready for it. It’s easier to sell a functioning company as a good investment, than an idea of a company,” she explains. 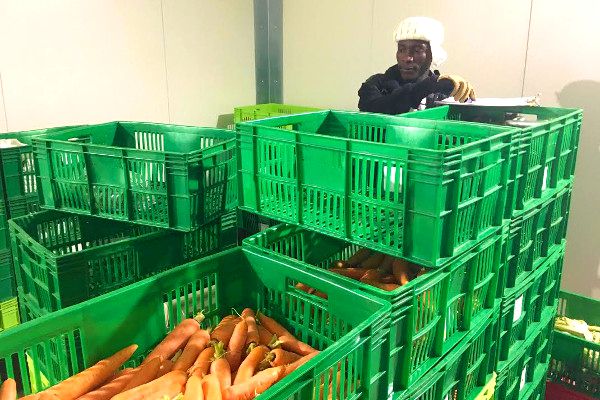 GET IT supplies a variety of fresh, frozen and dry goods.

Building a diversified customer base

So far, one of GET IT’s biggest challenges has been losing a key client.

“Last year, we grew really fast with a single client. We had more incoming demand, but we couldn’t take it on, because we would overgrow ourselves,” Lauren reveals. “Unfortunately, after a few months, that single client decided to take a different direction. We were left back at square one. It was a big struggle to go from high to low. But it’s made us a better, more resilient company.”

This led to GET IT revamping its infrastructure and investing in one of the largest private off-grid cold rooms in Rwanda.

“We increased our working capital reserves and got our ISO 22000 food safety certification, the first in the region for our kind of business,” she says. “The good news is that today, our revenue is growing at 20-50% month-over-month.

“We had our best month in September, a 100% revenue increase from August. We’ve diversified our sales base so that no one customer makes up more than 5% of our revenue. Customers are now coming to us at a rate we can’t keep up with – again. But we’re now built to handle it in a way we couldn’t a year ago. It’s the best kind of problem to have.”

GET IT is currently looking to expand into all parts of Rwanda, then regionally into Uganda and the eastern part of the Democratic Republic of Congo.

“We’re building models to transform food distribution to humanitarian crises like refugee camps or famine-hit regions – to incorporate locally-sourced fruits and vegetables into food aid. The list is endless – and that’s what makes doing this business so energising.”

Surviving in the start-up world

One thing Lauren didn’t anticipate before becoming an entrepreneur was the high emotional toll of starting a company. She considers herself fortunate to have the support of both her husband and parents, who moved to Rwanda from California.

“Without their support, I think I would have gone crazy by now. Growing a start-up is a marathon, not a sprint. So I’ve also developed some pretty strict routines to keep my sanity and avoid burn out,” she says.

Since becoming an entrepreneur Lauren has learnt to not be afraid of trying new things, but highlights the importance of starting modestly and first testing the market. Small mistakes are less painful.