The worldview dimension is a constant in the rise of every civilisation or economic power in history. Africa cannot escape the need to confront this depth of being and its translation into public policy and transformation. Thus, premature celebrations of a golden dawn for the continent based on what is still decidedly a consumer economy that produces little that is value-added may lead to a false dawn. 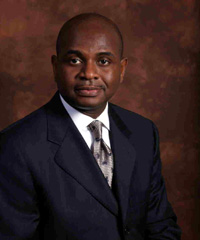 Kingsley Chiedu Moghalu is the deputy governor of the Central Bank of Nigeria and author of “Emerging Africa: how the global economy’s ‘last frontier’ can prosper and matter”.

On the other hand, what is happening in Africa today presents an opportunity which, if seized and utilised effectively, can move the continent on to a turnaround destination. The basis of success is in fact no secret at all: produce, or perish, or remain in perpetual economic submission, through lopsided world trade and foreign investment, to the economies that do.

Thus, Africa has no automatic future. The continent will have a future that it shapes by itself, whether one of prosperity or one in which this moment in time will look, in hindsight, much like the hopes and euphoria yielded by the decolonisation of the continent half a century ago. In the context of this approach to prognostication in which our rational future is what we make it, there are five factors that will be most influential in determining that future.

The first is how Africa confronts the challenge of constructing worldviews in its constituent states as well as a continental worldview in a world in which the greatest challenge for the continent is now economic, not the liberation struggles of decades past.

The second will be how Africa handles its demographic challenge – will it yield a dividend or will it become a youth bulge? The third is how Africa handles the challenge of jobless growth, and the fourth is how the continent deals with the challenge of developing homegrown science, technology, innovation and its human capital. The fifth is whether African countries can develop and execute transformation strategies with discipline, and also understand and manage the risks they face in a world of globalisation in which the continent has not fully defined itself relative to an all-encompassing phenomenon. That phenomenon requires inner strength to understand, co-opt, or resist as may be necessary. Globalisation has made Africa a continent for the taking by the new forces of global capital, but at the same time presents it with an opportunity to move forward that is almost inevitable.

From the nature of today’s global political economy we can conclude that foreign aid, one of the major reasons why Africa fell behind because it robbed many African countries of the incentive to strive for an endogenous development path, is in decline. But it did enough damage that its consequences are still felt in the continent, with many Africans still seeking and relying on foreign assistance and no exit strategy from the vice-grip of the aid mentality. All development begins, first, in the mind. And to develop, minds must be free to determine their collective destiny. With few exceptions, to juxtapose “aid” and “development”, as in the phrase “development aid”, is an oxymoron.

If, as it appears to be the case, African countries have chosen to take the path of free markets as their route to development, it remains necessary to interrogate the phenomenon… Without interrogating the nature of capitalism, making the necessary choices that flow from such an interrogation, and applying it to public policy – including each African nation defining for itself the role of the government in economic development and transformation – free markets will not automatically bring prosperity. They have worked in the West and in Asia, but in the latter have been strongly directed and modulated, while in the former strong regulation – which the economies of African countries lack – has led to a payoff from capitalism even as these societies accept its dark side. So far, they have not worked for Africa.

Clarity on the role of the government in free markets is essential. Many African governments are abdicating their ultimate strategic responsibility for the economic trajectories of their countries in a false belief that unfettered free markets will bring development. It will bring profits to a few, but may not bring development without a guiding hand – a hand on the steering wheel. That hand should be, unapologetically, that of the government.

Capitalism can be seen as a means to an end and not an end in itself, otherwise it might not deliver prosperity. There is no greater proof of this than the rise of China on the basis of an approach that turned capitalism on its head by making it simply a tool, an extension of state strategy. This is an important lesson for the emergence of the African continent: we can write our own rules for ourselves. Unless and until the continent is confident enough to assert itself again in the management of its own economic systems, it will be “blown about by every wind of doctrine”, from the Washington Consensus to the Beijing Consensus and other fads in between. Thus, African cultures and societies hold in them innate characteristics that can be leveraged to develop variants of capitalism that will lead to prosperity, provided the fundamentals such as property rights, capital formation and innovation are developed.

Nigeria is sub-Saharan Africa’s largest economy after South Africa, and there is therefore no better prism through which to look at the possibilities and challenges of economic transformation in Africa. The country has the population size, the market, the entrepreneurial drive, and the political complexity, but has been hobbled by the wrong choices in public policy formulation and execution, as well as corruption.