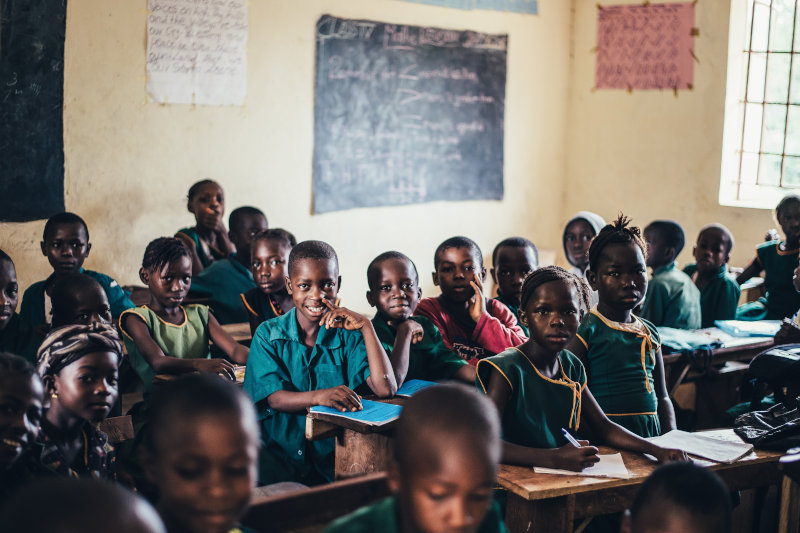 Since the beginning of the COVID-19 pandemic, countries across the world have invested around US$12 trillion in response measures to save lives and support critical economic structures. As the pandemic wears on, those funds are being stretched increasingly thin, with governments forced to make difficult fiscal trade-offs. In developing regions such as sub-Saharan Africa, where health systems are less advanced and require a higher share of limited resources, those trade-offs can lead to areas that pose less immediate socioeconomic risks being overlooked. Areas such as education.

According to estimates from UNESCO, the U.N.’s culture and education agency, sub-Saharan Africa had totalled more than $55 billion in stimulus packages related to COVID-19 through the end of 2020. Of that amount, just over $850 million, or a mere 1.56 percent, was allocated to education. On a positive note, that percentage actually represents the highest in the world when compared to other regions. But it is nowhere near enough.

COVID-19 has created enormous disruptions in the lives of African youth. Millions of young people have had their learning put on hold for the better part of a year. And unlike in more developed regions, the vast majority of students in Africa, up to about 80 percent, don’t have access to the internet, making remote learning all but impossible in most areas.

In recent months, many African countries have slowly been reopening schools. But millions of students in sub-Saharan Africa are at risk of not returning, most of which are expected to be girls – maybe more than 10 million, according to UNESCO estimate. An expected participation decline is especially alarming because sub-Saharan Africa already had the world’s highest rate of children out of school, stunting academic development. More than 85 percent of primary school age students do not learn to read and understand age-appropriate text by the age of 10, referred to as “learning poverty” by the World Bank and UNESCO.

Given these preexisting problems alongside the limited recovery spending allocated thus far to education, African governments face a dilemma: see enrollment rates plummet and years of recent gains evaporate or use the current crisis as an opportunity to rethink education systems.

The choice is obvious.

Rather than overlooking education in recovery spending, governments should be targeting education, particularly secondary education, to tackle lingering challenges that predate the pandemic but pose significant long-term implications for the continent.

Why secondary education, and why now? Because Africa’s youth population is surging. It is expected to nearly double to 456 million by 2050. By 2075, almost half of the world’s young people will be African. The global workforce will increasingly be African, and secondary education will be the last schooling most young Africans will receive before they enter the labour market.

With the right education and training, Africa’s youth population will provide the region with an unparalleled comparative advantage in labour and human resources – and will accelerate Africa’s economic transformation at the same time. Consider that each additional year of schooling in Africa raises individual earnings by 11 percent for males and 14 percent for females.

However, the region faces immense challenges in securing its demographic dividend. On the one hand, there simply are not enough good jobs in Africa for young workers. According to African Development Bank estimates, if youth unemployment rates remain unchanged, nearly 50 percent of Africa’s young people will be unemployed, discouraged, or economically inactive by 2025. But on the other hand, where jobs do exist, employers are increasingly hard-pressed to find enough skilled workers to fill them.

As economies and sectors grow, skills constraints are likely to become more binding. A strategic approach to skills investment that, first, covers all skills – from basic literacy through secondary and even tertiary education – and second, is aligned with evolving labour market demands is crucial.

August last year, the Mastercard Foundation, with contributions from development partners, including the African Center for Economic Transformation, released a blueprint for countries to find a more effective way forward – Secondary Education in Africa: Preparing Youth for the Future of Work.

As African schools look toward a post-COVID-19 landscape, the report’s suggestions for improving education quality and access are more urgent than ever, including:

Demand for secondary education in sub-Saharan Africa is expected to nearly double by 2030. Supply – and quality – must increase concurrently. This current time of crisis requires bold action, and most African leaders have risen to the challenge.

The same boldness is needed to rebuild Africa’s learning infrastructure in a better and more inclusive way. Education must be a crisis priority, not an afterthought.

– Dr Edward K. Brown is the Senior Director of Research, Policy and Programs at the African Center for Economic Transformation (ACET), which is based in Accra, Ghana, and Washington, D.C.