Significant oil reserves have been discovered in Uganda and Kenya in recent years. However, before Kenyans and Ugandans can benefit from the discoveries, infrastructure challenges, political issues and special interests must be overcome say experts. 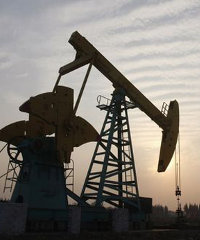 In the last two years the Irish exploration company, Tullow Oil, confirmed reserves of 1.7bn barrels of crude oil buried near the shores of Lake Albert in Uganda. Across Uganda’s border to the north, the company next discovered an estimated 300m barrels in Kenya and is now exploring in southern Ethiopia, tracing a Great Rift hydrocarbon basin that promises economic transformation for some of the world’s poorest countries.

The industry is excited. “Now every potential hydrocarbon basin across East Africa is the subject of intense interest,” writes Bill Page in the annual Deloitte guide to oil and gas in East Africa.

“More hydrocarbons have been discovered in East Africa in the last two years than anywhere else in the world,” a senior oil company executive told Page. Natural gas has also been discovered offshore, but public attention in these countries has focused on the potentially faster returns from pulling East Africa’s oil out of the ground first.

For one of the poorest and least-developed regions of the world, Page says “the arrival of the international oil and gas industry offers hope for a better life for millions”.

The curse that threatens East Africa

Extracting oil in East Africa offers the potential for development, said Mwangi Kimenyi, director of the Brookings Institution’s Africa Growth Initiative (AGI), “but there is likelihood that this might not turn out to be so and may instead be a curse.”

“Unfortunately, the capacity to negotiate contracts is still mired in secrecy and underhanded dealings,” Kimenyi said. “My take is that contracting is still not open and there is still a great deal of ‘conspiracy’ between foreign firms and the local leaders.”

“On the one hand we have levels of cooperation that are pretty impressive,” said Ken Menkhaus, a Davidson College, US professor and East Africa scholar. For cooperation, he cited the three-nation peacekeeping effort in Somalia and the eight-country Intergovernmental Authority on Development.

“But just beneath the surface there are all sorts of rivalries that inhibit cooperation and in some cases dramatically,” Menkhaus added. “There is a fair amount of tension on a whole range of political and economic interests and the oil interest seems to be bringing some of these things to the fore.”

Menkhaus said oil can curse countries in two ways: distort an agricultural economy or encourage greed among local elite. He fears the latter in East Africa. “Instead of sharing resources and an accountable use of them, it’s going to fuel massive corruption in an already very corrupt region and produce armed conflict.”

Groups such as Brookings’ AGI, the Norwegian Agency for Development Cooperation and New York-based Revenue Watch Institute are educating governments, civil society and local media to the choices and the pitfalls.

Oil industry leaders also recognise how sudden oil riches can destabilise a country. Fareed Mohamedi, a vice president for industry analysis at Norway’s Statoil, told industry leaders during the International Institute for Strategic Studies conference in London about the rivalries between 42 ethnic groups in Kenya, and described the union of Kalenjin and Kikuyu votes that led to electoral success for President Uhuru Kenyatta.

“Oil revenues will likely exacerbate perceptions that the Kikuyu have enjoyed favoured access to political power and economic opportunities,” Mohamedi said. “It could also trigger inter-ethnic and regional violence.”

By some estimates, Uganda could receive $2bn a year for 20 years from its oil discovery, but it hasn’t happened yet.

“Uganda’s oil is difficult to access and challenging to transport and process,” wrote Ben Shepherd of Chatham House earlier this year. He estimated the cost of developing the fields at $10bn. In 2006, Uganda expected production would begin by 2009. “To date, production has yet to commence, delayed by disputes between the government and oil companies over production sharing, and taxation.”

For two years Uganda argued with Tullow and its larger partners, Total and NCOOC, about the size of a refinery. The companies proposed a facility refining 60,000 barrels a day, enough for local use. President Yoweri Museveni wanted a $6bn plant handling 180,000 barrels a day to serve constituents and to increase the value of the exports. The government relented recently, but the debate may not be over yet.

“It’s their oil and they can refine everything at home if they like, even if the market is not there,” said Stan Drochon, the senior manager for East Africa oil and gas at IHS in Colorado, US. “But don’t expect a company like Total and NCOOC to be a willing partner in such a project” and refine all that oil domestically.

Museveni recently confirmed that his government had reached an agreement with Tullow, Total and NCOOC on a pipeline to the coast. Uganda now supports Kenya’s pipeline proposal, a $22.5bn Lamu Port-South Sudan-Ethiopia Transport project that will have more support if South Sudan and Ethiopia sign on.

If four governments can agree, they will benefit in the long term, said Statoil’s Mohamedi. “Working together to build integrated pipelines could release Ugandan oil and give economies of scale advantages to Kenyan infrastructure,” including ports and other facilities.

But for that to happen, historical trends will have to be overcome. “Corruption in natural resource exploitation is really a joint venture between leaders, bureaucrats and the multinationals,” said Brookings’s Kimenyi. “I fear this is happening in some of the East African countries.” – VOA