East African Breweries Ltd (EABL) is set to establish a brewery in Southern Sudan. EABL plans to build a 700,000 hectolitre (hl) plant in Juba, Southern Sudan, which can be expanded to 1 million hl. 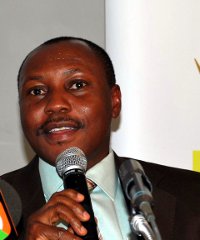 This follows a recent announcement by SABMiller subsidiary company, Southern Sudan Beverages Ltd (SSBL), that it is doubling the size of its existing brewery operations in Juba and has introduced a soft drinks range and bottled water product into the country.

EABL Group CEO, Seni Adetu, told investors last week that the new plan is in line with the company’s strategy of reducing the challenges the brewer has been facing in the Great Lakes region.

“Specifically in Southern Sudan, the government introduced a higher excise duty for imported alcoholic beverages at 35% as opposed to locally produced beverages which attract a duty of 25%,” said Adetu.