The agreement means that EABL will be engaging in Windhoek’s brand building activities in the entire East African region. EABL will import Windhoek directly from Namibia and distribute the beer to top-end bars and supermarkets.

According to an EABL press release, “the new premium brand is aimed at the ever growing discerning and educated consumer in the region as well as keeping with EABL’s dedication to offering the highest quality products to its consumers”.

Seni Adetu, group managing director of EABL said the company is very proud to be associated with Windhoek Lager.

Windhoek Lager comes in a long neck green bottle of 330 ml that is non-returnable and the recommended retail price of Ksh100 (US$1.3). 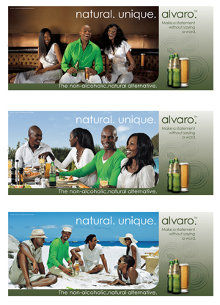 * In other news, EABL and Coca-Cola have taken their long time rivalry in the Kenyan malt soft drinks market across the border to Uganda.

The East African reports that EABL launched their Alvaro drink in Uganda more than a year ago. In January 2010, Coca-Cola introduced their Novida brand at a lower price.

He told the newspaper that Uganda is a key market for the company’s brands in East and Central Africa.

EABL director of corporate affairs, Ken Kaiuki said that any rivalry with between his company and Coca-Cola is an illusion.

“Our primary allegiance remains to our consumers. We do not react to competitor trends or actions. We therefore have no plans of ‘competing’ with Coca-Cola,” he said.