Bloomberg last week reported that Kenya, Tanzania and Uganda had outlined plans to increase spending on roads and power plants as they struggle to maintain economic growth that has been dampened by rising fuel and food costs. 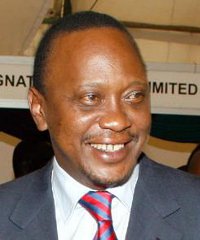 Budget plans for the year to June 2012 announced last week showed the investment will stymie attempts by Kenya and Uganda to narrow their fiscal deficits.

The three governments aim to attract more private investment by upgrading road and rail links and improving the reliability of electricity supplies. “The economic prospects for 2011 remain strong, but the impact of high fuel and commodity prices as well as delayed rains is a source of concern,” Kenya’s Finance Minister Uhuru Kenyatta said in Nairobi, the capital, in his annual budget speech to parliament.

Uganda plans to increase “development expenditure” by 40% to UGX 3.47tn in the next fiscal year as it builds highways and develops hydropower projects, Finance Minister Maria Kiwanuka said. About UGX 1.22tn will be invested in the transport sector, she said. The Finance Ministry on 7 June cut its economic growth forecast for the fiscal year through June to 6.3% from an earlier projection of 6.4%. The budget deficit will widen to 4.8% of GDP from 4.7% a year earlier, it said. Kiwanuka didn’t give a figure for the deficit next year.

Tanzanian Finance Minister Mustafa Mkulo pledged to lift expenditure on electricity projects, road-building and irrigation schemes in 2011-2012 by 85% to help spur the economy. The objective of the budget is to “allocate resources for areas with economic multiplier effects like infrastructure for electricity, water, roads, ports, agriculture, irrigation schemes and information and communication technology,” Mkulo said. Tanzania’s economy will expand 6% in 2011, down from 7% the year earlier, according to the IMF.

With the growth outlook for East Africa’s bigger economies, Kenya in particular, expected to see some slowdown, we continue to advocate for investment in companies making strides into the region, for example into Southern Sudan, which has massive growth potential.