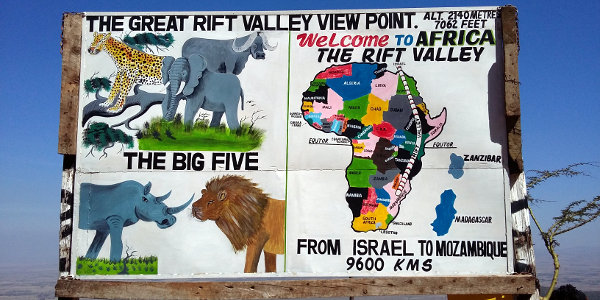 It may be time to stop reminding your American friends that Africa is not a country – tell them it’s a series of regions.

According to a new report by the World Bank, The Unexplored Potential of Trade in Services in Africa, the key to boosting tourism on the continent could be to actively brand travel to regions within sub-Saharan Africa – encouraging visitors to east, west, southern Africa – rather than just individual countries.

Southeast Asia has been doing this since the ’90s, through the Association of Southeast Asian Nations (ASEAN).

In the Caribbean, “The notion is that by pooling resources, the [Caribbean Trade Organisation] could increase the competitiveness of the world’s premier sea, sand, and sun destination,” the report explains.

The concept isn’t of course new to Africa, with prominent – if not tourism-focussed – regional blocs such as SADC (the Southern African Development Community) and EAC (East African Community). Both have policies in place that do allow the people in their respective member countries to travel more freely between them.

The EAC is now consciously trying to brand the region, or “market and promote East Africa as a single tourist destination,” says the report, as well as focussing on standardising wildlife conservation and management across the region. And tourism accounted for 8.9% of SADC member states’ GDP in 2012, despite the industry being, according to the report, “a small part of its mission”.

Business travellers make up 55% of the passengers on the average flight with an African carrier, with just over half of these being ‘traditional business’ and the other half small business owners and informal traders. Just 15% of the average flight is made up of leisure tourists, and the rest are visiting family or relatives.

Branding Africa as a series of regions – and developing the policies to make travel between them as seamless as possible – would motivate business travellers too, making it that much easier and more appealing (or even just more normal) to travel for work, to do business between countries.

But for this to happen, ticket prices have to come down, and the quality of hotels or other accommodation needs to improve.

Tourists to destinations in sub-Saharan Africa pay 50% more for their air tickets than to comparable destinations elsewhere in the world, according to the report, and will have just a one in 10 chance of staying at a hotel that meets international standards.

The cost of building hotels is part of what is stopping them from being as high-quality as they will need to be to make business and other travel less of a chore. In Nigeria, for example, the average price to build one middle-market hotel room is $400,000, twice the global average for a full-service hotel. In Ghana, the figure is $250,000 for a mid-market room.