South Africa, Kenya and Nigeria serve as regional headquarters for many companies, both local and international. In Nairobi, Kenya’s capital, multiple foreign companies operate regional offices from where they service clients in neighbouring countries. But most of the time, their businesses focus mainly on the host country. 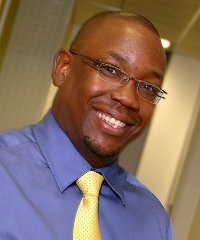 Andrew Waititu, managing director for East Africa at German multinational software corporation SAP, says although challenging, companies should make a deliberate effort to grow their presence outside the host country.

It requires substantial investment in offices, with local teams having to deal with many challenges, for example if conflict breaks out as with South Sudan in 2013. But Waititu notes it is “a gamble” businesses simply have to take.

SAP makes enterprise software to manage business operations and customer relations. In Kenya it works with manufacturing companies, financial institutions and government agencies. In recent years the company has grown its local talent, developed a strong pipeline of business and in 2014 grew its business in triple digits. But it hasn’t fully exploited opportunities in the region.

“One thing we need to improve on, specifically as a regional business, is the amount of business we get from outside Kenya, which tends to be core for a lot of companies based here,” he says.

Although Kenya is a big economy, neighbours like Ethiopia are growing faster, have a larger population and deserve attention from any company seeking to grow in the region.

He explains one reason why SAP has a focus in Kenya is because it has a larger private sector compared with say Ethiopia, where most services are provided by state-owned corporations.

“Also, because we are based here… it’s a lot simpler for me to go and see the head of [a Kenyan bank] every week. It’s round the corner, as opposed to visiting the head of Commercial Bank of Ethiopia. Even if I fly in and out every month, I’m only there for a few days and can only do so much.”

To tackle this, SAP has opened an office in Ethiopia and is recruiting in Uganda, Tanzania and Rwanda to have “representation on the ground”.

Although it has over 20 partners in the region, most of these businesses sell everything from computers to SAP software. “So when the sales person goes to see a bank manager he is selling everything… and he will sell whatever is easier. SAP tends be a very complex sale and [takes] quite long… So sometimes the product will not get the focus it needs,” explains Waititu.

“That is why we want business development managers who can help direct these guys and support them in some of these more complex sales.”

Being aware of sanctions

He notes that investing in more offices and hiring is a risk, but one that will pay off since local customers appreciate it. But it does mean having to tackle more challenges head on.

Waititu’s mandate extends to Somalia, Eritrea and South Sudan. But as a European company, SAP cannot sell some products to war-torn Somalia and South Sudan due to sanctions.

“[There] are products you can sell [and] those you can’t sell. It would be a shame if you read a newspaper headline saying, after investigations, it’s been found that Al-Shabaab runs its accounts on SAP. So we have to be wary of that,” he notes.

Although once an attractive market, Waititu says SAP has done “zero” business in South Sudan in the 15 months following the outbreak of violence in December 2013.

“South Sudan one time is cooking with gas, next time they are on fire, literally, and nothing’s happening. It has obviously been a bit of a challenge. We have a partner who’s working in there, but again not much happens because of all these ups and downs.”

“And as you know business requires a stable platform to succeed,” he explains.

Election periods can also lead to business stalling for up to 18 months. Waititu says in these scenarios – whether due to conflict, a stagnant economy, or elections – having a strong presence in the markets with a regional office covering developments, comes in handy.

“These things are cyclical, so Kenya will have the election, then Uganda, then Rwanda… So every year you are ‘losing’ one country. If country ‘A’ is not working, we need country ‘B’ to perform. This is because I’m looking at the business as a whole.”