East Africa can move from its current annual average of 5% GDP growth to 11% within the next five years, said Richard Sezibera, secretary general of the East African Community. 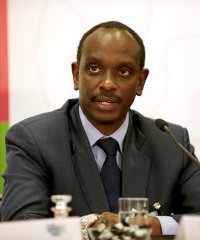 Speaking at Renaissance Capital’s East Africa Investor conference in Rwanda, Sezibera added that the region can also boost its current average per-capita income of US$300 to at least $700.

“As a region we need to be more confident and aggressive in realising our potential. All stakeholders should be at the forefront of promoting confidence among local and foreign investors to do business in our region,” said Sezibera.

He called for improved trade conditions within the five country bloc. “Decisive interventions, such as reducing the numerous roadblocks along the major East Africa boarders, ports and highways; harmonisation of axle load controls on our roads to facilitate trade in the landlocked countries that are member states; and other measures or elimination of non-tariff barriers, should be encouraged across the region.”