Depa Limited, a Dubai-based interior contracting company, announced that it has been awarded a major contract for both the interior fit-out and furniture, fixtures and equipment (FF&E) of a five star hotel and casino in Luanda, Angola. The contract is worth US$60m. 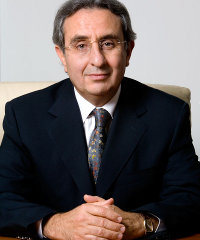 The project is being developed by Sonangol, the Angolan national oil company as part of the government’s plan to build 28 hotels around the country by 2011.

This is the second contract that Depa has won in Angola following last year’s contract to fit-out all 202 guest rooms and public areas of the Talatona Convention Centre Hotel in Luanda.

Mohannad Sweid, Depa’s chief executive officer, commented: “Angola is a market which we see as having many opportunities for significant long-term growth. The country is making giant strides with major economic reforms and continues to attract significant foreign direct investment. We continue to focus on diversifying our revenues in targeted countries such as Angola and continue to explore opportunities in other politically safe African nations.”

Nadim Akrass, the company’s managing director, operations, said: “Having successfully undertaken an initial project in Luanda where we were able to demonstrate our credentials, we have been establishing our presence and are now well positioned to support the development of the country’s hospitality sector.”