Compared with other African countries, South Africa’s economy has not looked as attractive to foreign investors over the past year. Towards the end of July, the International Monetary Fund (IMF) cut South Africa’s economic growth forecast for this year to 1.7%, from 2.3% estimated in April. In comparison, the entire economy of sub-Saharan Africa is expected to grow at 5.4%. 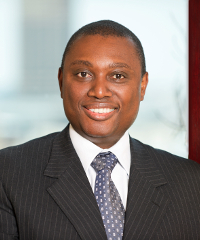 This year the South African economy (which was recently overtaken by Nigeria as the largest economy in Africa) suffered under a weakening currency, service delivery protests, and long-lasting labour strikes, mainly in the mining sector. South Africa, which holds over 80% of the world’s platinum reserves, was particularly hurt in the first half of the year when close to 70,000 platinum mine workers participated in a five month strike.

Statistics South Africa reported that GDP decreased by 0.6% in the first quarter of 2014, after an increase of 3.8% during the last quarter of 2013. The mining and quarrying industry was the main contributor to the drop.

However, Sim Tshabalala, the joint CEO of Standard Bank, told an audience at the US-Africa Leaders Summit in Washington DC last week that foreign investors should not be quick to dismiss the country. He argued they should rather look at the character of South Africa, the same way a bank would assess the character of any “borrower”.

“Yes, there are issues. There are service delivery protests, there are strikes, but those are illustrative of a healthy democracy, and they are also illustrative of competition, which is also healthy for a democracy,” he explained, adding the country has a progressive constitution, a sophisticated Bill of Rights, holds orderly elections, has entrenched property rights, and respect for the rule of law.

“There are strong organs of civil society, there is a strong judiciary and indeed there is a very strong and independent central bank. So the character of this ‘borrower’ is great.”

He added that South Africa’s strong financial management and low debt to GDP ratio by international standards, are other favourable characteristics of the country. “Then thirdly I would say – look at our balance sheet. The assets are robust. They are strong, and therefore this is a ‘borrower’ with impeccable credentials.”

He also urged the US Congress to extend the African Growth and Opportunity Act (AGOA) for 15 years for both South Africa and Africa. AGOA is a preferential trade programme that is set to expire within a year. The unilateral provision allows duty-free entry for a wide range of African products into the US, and close to 40 sub-Saharan African countries are beneficiaries. Last year South Africa had a US$1.2bn trade surplus with the US, with the vast majority of its products entering duty free under the arrangement.

However, there has been talk of “graduating” South Africa from AGOA, as some US congressmen have argued that, as a middle-income country, any trade benefits should be reciprocated. There has been lobbying by key US industries to remove South Africa from AGOA as the country has trade barriers in place for imports of poultry, beef and pork from the US. “It’s our earnest hope that South Africa will be included [in an extended AGOA programme],” concluded Tshabalala.