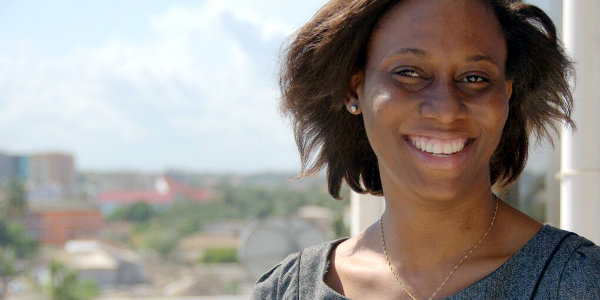 Silicon Valley’s diversity problem has been a subject of much debate in recent years. Women and minorities remain under-represented in tech companies and venture capital firms. In Africa’s tech industry, women are becoming more visible but they too face challenges.

In 2012 Ghanaian entrepreneur Ethel Cofie started Women in Tech Africa, an alliance of female technologists that offers women a platform to network, share challenges, learn from each other and connect across borders. Cofie previously worked for telco Vodafone and non-profit tech projects in Ghana, the UK, Nigeria, and Sierra Leone. Today she runs her own company, EDEL Technology Consulting.

Cofie speaks to Dinfin Mulupi about the state of women representation in tech, the problem of perception, and why diversity makes business sense. Below are edited excerpts.

Gender diversity is a problem in the tech industry globally – but in Africa women are actually visible. Do we have a women problem?

Today there are more women in the industry, but that wasn’t the case when I started out as a developer. I had maybe one woman to look up to that was a strong player in the IT industry. When I went to university to study for a computer science degree there were just seven girls in my class, and only four of us graduated. But that has changed and today there are women joining the industry and more accomplished female role models.

In the last couple of years technology has become a very celebrated industry. As the tech industry in Africa developed, some women noticed the gender gaps and began making deliberate effort to address the fact that there were not enough women in the room. There was a problem of perception of the capabilities of women, and there were not enough discussions involving women.

People started doing things about it and today across the continent there are multiple groups specifically targeted towards teaching girls how to code. There is a lot of donor money going into these projects. Ten years ago these resources and platforms were not available. At Women in Tech Africa, for instance, people are interacting, sharing job opportunities with each other, finding co-founders and creating circles of conversation that otherwise were not available to most women.

We recently launched on our website a large database of women professionals in the industry. We did this because I get requests weekly asking me to recommend women to hire saying they don’t have diversity in the pipeline. With this database, people no longer have the excuse that they couldn’t find a female co-founder, or a woman to speak at a conference or a woman to hire. I think these efforts by multiple groups and organisations across the continent are beginning to pay off.

However, what is of concern today is the drop-off rate of women in the industry. After a few years, women working in the tech industry, especially in male dominated environments, begin to feel out of place and eventually leave. I will give you my own experience. I have had a job since my second year in university and one of my earliest was in an environment where most of my colleagues were male.

The Monday morning conversations were about drinking sprees and sexual escapades. It takes somebody who really wants to succeed to push through that kind of environment. You have to realise that business relationships that lead to sharing of knowledge and promotions are sometimes formed when people go out and drink, or play golf, and these are environments that mostly exclude women.

My saving grace was I was a tomboy and decided I was going to go with the guys when they went out for a drink. I saw things that I really didn’t want to see, but figured it would be helpful for my career to be in conservations where I could show my capabilities.

So there are a lot of women in the tech industry but they are outside the inner circle, and they get frustrated because they are not making the strides they would like to make and then end up dropping out of the industry altogether. But it is getting better the more we create groups and support each other. I think more women are learning how to navigate those waters.

So is joining men on the golf course the best strategy for women to get noticed?

I don’t know what tactic works best. I don’t know if the tactic I took was the best overall, but I did what I had to do to survive. I think women have to make their own choice. I’m learning for myself things that I have done that may not have helped career-wise. I always thought of myself as a go-getter and a risk taker but the more I’m in business the more I realise actually I haven’t taken as much risk as I could have. I have been a little bit risk averse. So I’m learning a little bit more about myself in business.

There are different tactics women can use but there isn’t any one way that is the right way. We need to give women an arsenal of skills that they can then adapt to their environment to cope, grow and thrive in their professional career.

What other hurdles do African women in tech face?

The industry in Africa itself has issues with internet access, electricity and limited access to capital, which are difficulties we all face regardless of gender. For women specifically, the biggest challenge is stereotypes and perceptions. We all have stereotypes – recently I had a relative in the hospital that I went to visit. When I got to the hospital I saw a man in a wheelchair being helped out of a taxi and my assumption right away was that he must be a patient. It turns out he was my relative’s doctor, and a highly respected one. So we all have biases, and I own up to my stereotypes and I learn from them.

For women in technology, the biggest thing that affects us is the perception of not being capable. During a recent event in Kenya, one professional talked about how her boss often complained about her code. So one day she switched codes with a male colleague and her boss kept raving about how great his code was. Perception can be so strong it becomes someone’s reality. If she had not switched the codes she could have thought of herself as a crappy developer, and maybe dropped out of the industry altogether.

Why should the industry care about diversity?

Research shows that companies that have diversity have a higher bottom line. If companies were more diverse they would make more money and they would build better products.

US President Barack Obama ably summed it up during his trip in Kenya when he said lack of representation of women is like playing only half your team. Diversity is good for the industry – it brings in more money and creates better products. I believe it makes business sense.