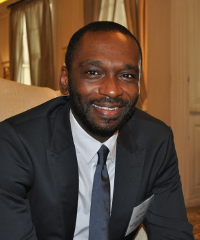 “The main goals of the fund are to preserve state reserves but also to create additional sources of revenue,” said FSDEA’s chairman, José Filomeno dos Santos.

By the end of 2014, two years after its launch, the fund announced two key investments: $1.1bn in an infrastructure fund (focused on investments in energy, transport and large industrial developments) and $500m into a ‘hospitality’ development fund.

Both are focused towards investments across the continent, as well as in Angola.

According to FSDEA’s chairman José Filomeno dos Santos, while there is investment potential locally, the fund’s strategy is to diversify its investments across the sub-Saharan region.

“Especially during periods such as the one we are in now, of low commodity prices and – specifically for Angola – low oil prices, which impact the economy.”

Global oil prices have plummeted by around 50% since its peak in June 2014, with oil-export dependent economies such as Angola feeling the effect.

“It is a challenging time for Angola because it revealed, once again, the very high exposure to this type of commodity,” said dos Santos, adding one of the FSDEA’s aims is to help with diversification of the Angolan economy.

“The main goals of the fund are to preserve state reserves but also to create additional sources of revenue. We will invest in assets that give the state returns that have a different pattern of behaviour to the oil sector.”

However, while lower oil prices place both the economy and fund under pressure, dos Santos believes it could also bring some opportunities.

“People will be willing to look at reforms, at privatisations and potential concessions with a very different and open perspective than would’ve been possible if the oil price was still high and there were secure sources of financing for the state and for other entities.”

The FSDEA’s $500m equity capital allocated to a Hotel Fund for Africa is a response to demand seen in business tourism on the continent, according to dos Santos. The fund is in position to take up to 50% debt, meaning it could potentially double its total investment capability.

“What we are focusing on is four and five-star business hotels because we understand business tourism is the main driver for this industry on the continent. There are markets which have more of a growth potential than others.”

Mozambique, Nigeria and Ghana are particularly seeing growth in this sector, he noted.

“So we will be looking at opportunities primarily in markets that need these types of developments and where business tourists arrive and have difficulty finding international standard rooms.”

By the end of 2014 the fund also announced construction had started on the Academia de Gestão da Hospitalidade Angolana – a hotel academy offering accredited hospitality courses. The academy is a partnership between the FSDEA and the Swiss hotel management school, Ecole hôtelière de Lausanne (EHL).

“The hotels developed so far in Angola are typically managed by expats, and this has a negative impact on the economy because it does not create enough jobs. And with the few it does, there are no career prospects for the people coming into the industry. So we really want to broaden the scope for the people working in the industries.”

Dos Santos said focus will not only be placed on developing opportunities for those hoping to be employed at hotels, but also for those looking to supply services to hotels, and to the tourism industry as a whole.

“In [South Africa] there are a lot of packages for safaris and site visits and so forth, but many countries in Africa don’t have that. Not because they don’t have the attractions, but because they need the skilled professionals to develop these services,” he continued.

“So this is also an area we believe will grow with investments such as the hotel fund and hotel academy.”