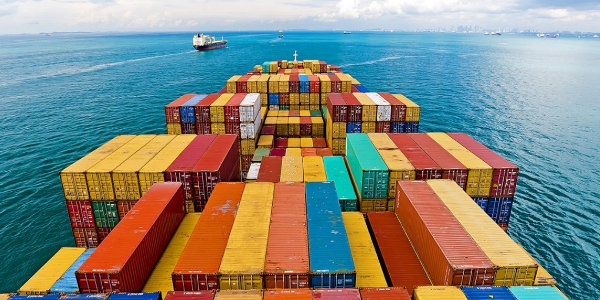 The new GCI report represents the first comprehensive assessment of developments in globalisation across 169 countries and territories since the Brexit referendum in the United Kingdom and the 2016 presidential election in the United States.

In spite of growing anti-globalisation tensions in many countries, connectedness reached an all-time high in 2017, as the flows of trade, capital, information and people across national borders all intensified significantly for the first time since 2007. Strong economic growth boosted international flows while key policy changes such as US tariff increases had not yet been implemented.

The 2018 index measures the current state of globalisation, as well as individual rankings for each country, based on the depth (intensity of international flows) and breadth (geographical distribution of flows) of countries’ international connections.

The world’s top five most globally connected countries in 2017 were the Netherlands, Singapore, Switzerland, Belgium and the United Arab Emirates. Eight of the top 10 most connected countries are located in Europe, helping make it the world’s most connected region, in particular for trade and people flows. North America, the leader in capital and information flows, ranked second among world regions, followed by the Middle East and North Africa in third place.

“As the world continues to globalise, there are still many opportunities for intercontinental and intraregional trade, particularly for emerging economies in sub-Saharan Africa,” says Hennie Heymans, CEO of DHL Express sub-Saharan Africa. “Globalisation is a key driver for growth and fiscal security, which is evident in countries that have embraced it. We are confident about continued further growth in the region with new trade agreements coming into effect, to support regional collaboration.”

“Surprisingly, even after globalisation’s recent gains, the world is still less connected than most people think it is,” commented GCI co-author Steven A. Altman, Senior Research Scholar at the NYU Stern School of Business and Executive Director of NYU Stern’s Center for the Globalisation of Education and Management. “This is important because, when people overestimate international flows, they tend to worry more about them. The facts in our report can help calm such fears and focus attention on real solutions to societal concerns about globalisation.”

At the global level, the GCI shows, for example, that just about 20% of economic output around the world is exported, roughly 7% of phone call minutes (including calls over the internet) are international, and only 3% of people live outside the countries where they were born. The report also debunks the belief that distance is becoming irrelevant. Most countries are much more connected to their neighbours than to distant nations.

Additionally, while leaders from large emerging markets have become major supporters of globalisation on the world stage, emerging economies’ progress catching up in terms of global connectedness has stalled.

Mozambique was named as one of the five countries where international flows exceed expectations the most. This is positive news for the region, because deeper global connectedness can help accelerate countries’ economic growth.

One cause for optimism regarding further growth potential for sub-Saharan Africa, is the signing of the African Continental Free Trade Agreement (AfCFTA), signed by 49 countries in March 2018. According to a study by the UN Economic Commission for Africa, full implementation of the AfCFTA could double intra-African trade and boost the whole continent’s global connectedness.