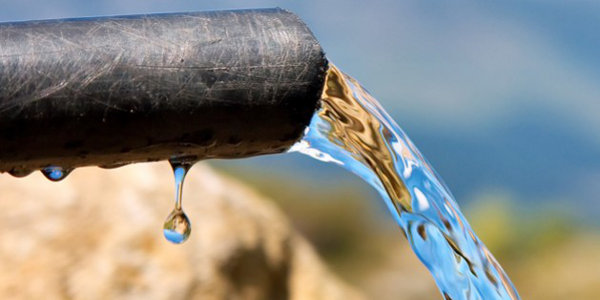 Access to clean water in the future is by no means certain for many regions in Africa. These include semi-arid regions like the Western Cape of South Africa, where droughts are predicted to intensify under climate change, and wetter countries like Nigeria, where many water resources are polluted. Population growth, industrialisation and pollution will also add to the problem for people needing clean water.

South Africa has recently experienced one of the worst droughts on record. In particular, the levels of dams in the Western Cape have been dropping alarmingly. The drought has had a bad effect on agriculture in the region which employs almost a quarter of the country’s agricultural workforce. Most of the southern African region shares this water scarcity.

Desalination has been proposed as one of many strategies to deal with the water shortages in the Western Cape. Algeria, Ghana and Namibia are also building desalination plants.

Desalination involves removing salt from salty water, like sea water. In the process, a highly saline brine is produced which is discharged into the sea.

Desalination is sometimes said to be relatively environmentally friendly compared to the building of dams or transfer schemes. But it’s an expensive way of producing fresh water because it consumes a lot of energy. In addition, the brine put back into the sea can damage marine life.

The world’s main producers of desalinated water are in the Arabian Gulf region. In 2008 they were collectively producing about half of the global total. Only about 1% of the world’s population is dependent on desalinated water for the majority of their domestic use, but this is expected to increase to about 14% by 2025.

Other regional centres of production have emerged, such as the Mediterranean Sea and Red Sea and the coastal waters of California, China and Australia. These are oil-rich or relatively wealthy countries which can afford the high energy cost of desalination. African countries are not as wealthy and have to consider the cost of desalination plants.

There are two broad categories of desalination technologies.

The second process requires between 4 and 7 kilowatt hours of energy per cubic metre of water, depending on the technology used. A reverse osmosis plant with a capacity of 25,000 m3/day and energy demand of 5 kWh/m3 day consumes about 125,000 kWh/day of energy. This plant could supply around 48,000 four-person homes with water. The energy used in desalination could supply about 10,300 of the same households with electricity.

The type of energy used is a problem too. Running plants on fossil fuels creates more greenhouse gas, which contributes to climate change.

Desalination plants can be harmful to the environment, particularly marine life.

Pipes used to suck water in to the plants can kill marine life and disturb sediments. And the saline brine released into the ocean tends to sink to the bottom layers of the ocean as this water is heavier. There, it kills species that aren’t adapted to such saline conditions.

The brine is also relatively hot, leading to further environmental damage, as certain fragile marine ecosystems, particularly coral reefs, are sensitive to temperature. Chemicals and toxic metals that may be produced and added to the brine before and after treatment are another threat to environments.

If possible, lightly salty groundwater should be used instead of sea water. This would use less energy and produce less brine. Where possible, desalination plants should use renewable energy.

Still, there’s a case to be made that desalination is energy-expensive and environmentally harmful. A better course of action would therefore be to manage water resources more efficiently. This means reducing water losses and water demand and reusing waste water. But these problems are complex and require long-term planning and large infrastructure investments. Desalination in contrast allows the immediate need for an additional source of water to be satisfied.

Andrew Slaughter is a researcher at Rhodes University. This article was originally published by The Conversation.