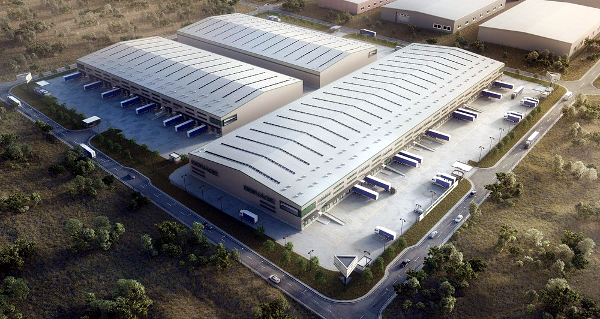 The prime warehousing and logistics market across sub-Saharan Africa has been limited to Nairobi and Johannesburg. That said, over the past five years we have seen increased activity in pockets of Lagos, Lusaka, Maputo, Addis Ababa and Abidjan.

Overall, Nairobi has remained the best performing market over the past year, recording the highest increase in rents between 2019 and 2021. Furthermore, evidence of the city’s rising profile is reflected in the fact that it accounts for 50% of new space requirements.

Across the 29 Africa cities we monitor, a huge disparity in rents exists. At $10 per sqm and $9.80 per sqm, Kinshasa and Dakar, for example, rank as some of the most expensive cities for prime warehouses in Africa, while Blantyre ($2.50 per sqm) is the cheapest. Luanda, on the other hand, experienced the most substantial fall in average warehouse lease rates, which currently stand at $5.50 per sqm; down from $10 per sqm in 2018. Furthermore, prime rents have remained stable in some of the cities such as Cairo, Algiers and Maputo.

Despite this varying performance, anecdotal evidence suggests occupier activity in the sector is increasing across the continent. For example, new warehousing and logistics requirements were up 13% q/q in Q2. These requirements have been underpinned by the agriculture, FMCG and manufacturing sectors with overall requirements ranging between 5,000 – 10,000 sqft size bracket.

Demand is eclipsing supply in some markets

Demand for the best warehouses continues to eclipse supply across most cities we monitor. In Nigeria, for example, the long-term scarcity of quality warehousing has led to most multinational blue-chip occupiers operating out of purpose-built, owned facilities around Ikeja, Sagamu and Agbarawe. This well entrenched trend means that demand for purpose built prime warehousing space remains robust. We estimate total requirements of approximately 1 million sqm across the south-west region of Nigeria and within proximity to Lagos, underpinned by the agriculture, retail and manufacturing sectors. For context, the total size of the purpose built warehousing market in Nigeria currently stands at approximately 300,000 sqm. Already, developers such as Agility are leveraging on this opportunity with plans underway to develop 270,000 sqm of warehousing space. Furthermore, Agbara Logistics Parks is set to develop an additional 35,000 sqm to its already existent stock.

In sharp contrast to the dearth of stock in Nigeria, developers in Kenya have been responsive to growing demand, delivering over 170,000 sqm of speculative prime warehousing over the last five years, prior to which the prime market was confined to a very limited number of developments. A further boost to supply is expected to materialise in the form of developers such as Improvon and Africa Logistics Properties’ plans to deliver over 400,000 sqm of speculative space to the market by the end of 2024.

Despite most stock being built speculatively, absorption rates remain high, driven by the agriculture and FMCG sectors. Unsurprisingly, average occupancy stands at 80%. The buoyancy of demand is clearly reflected in the active development pipeline, but also in the performance of rents. In comparison to prepandemic rates, Nairobi recorded the highest increase in average prime rents across Africa, from $4.70 per sqm in 2018 to $6 per sqm.

Despite South Africa’s weak economic climate and outlook, demand remains stable for prime warehouse and logistics assets. The delta between rents for prime and secondary space continues to widen, with diminished demand for poorer quality stock. Still, logistics facilities remain the best performing commercial asset class in South Africa. Most occupier activity is confined to lease renewals and the consolidation of space, which is in turn linked to a flight to quality. As a result, prime rents have remained stable at approximately $5.50 per sqm in Johannesburg, with this trend expected throughout the year. Furthermore, anecdotal evidence indicates that demand for prime warehousing is set to increase underpinned by the vibrant e-commerce sector leading to the emergence of a distinct two-tier market.

Across the continent, declining land supply coupled with increased demand is putting upward pressure on land prices, as owner occupiers compete with institutional investors for the best locations. Indeed, in some cities land values in established industrial nodes have grown by between 2015 and 2021 such as Lagos (58%) and Nairobi (42%). In addition, infrastructure developments such as the Chinese-built ring-road network in Nairobi are prompting some occupiers to explore areas beyond traditional industrial hotspots. As a result, these areas in the periphery of some cities have seen industrial land values appreciate – by as much as 35% in the Namanve (Uganda) region and 34% in Nairobi between 2015 and 2021. With access to urban industrial land expected to remain a key barrier in the sector due to competing land uses, the value of prime industrial land in some cities appears set to continue rising for the foreseeable future.

Appetite for industrial stock across Africa remains strong, with investors attracted to the sector’s strong income profile and positive market fundamentals such as rising urbanisation levels, which is driving demand for urban logistics facilities. In addition, industrial assets command attractive yields of approximately 12% on average compared to 9% for both retail and offices and 6% for residential.

Overall, South Africa remains the largest and most sophisticated warehousing and logistics market across the continent. The country recorded over 5 million sqft of sales transactions in 2020 (RCA). For the rest of the continent, attracting global institutional capital has been a challenge due to the lack of investment-grade assets. However, this is changing with some developers seeking to plug this gap. For instance, Kuwait-based Agility is developing over 1 million sqm of warehousing across Lagos, Abidjan, Maputo and Accra, with plans to expand into other cities.

In addition, regional developers such as South-African based Improvon and Africa Logistics Properties are set to deliver over 100,000 sqm of purpose built warehousing space in Nairobi by 2024. As a result, anecdotal evidence suggests that investor interest is steadily growing. This has been demonstrated by key transactions over the past five years with a recent example being GRIT’s landmark sale and leaseback deal with Orbit Africa in July 2021.

While the penetration of e-commerce was already rising pre-Covid, online sales revenues increased by over 28% to $27 billion in 2020 compared to 2019 across Africa. This uptick in online retail sales is set to continue, with e-commerce revenue expected to almost double to $46 million by 2025 (Statista). As a result, we expect this will bolster demand for warehouse and distribution space.

In South Africa for example, requirements for new, modern, and efficient distribution centres remain stable and demand has outperformed all other asset classes and industrial sub-segments resulting in an overall income return of 9.2% and capital growth of 0.8% over the last 12 months.

A good example of the focus on prime warehousing space has been Takealot’s recent leasing of approximately 11,000 sqm of space in Montague Park in Montague Gardens. In addition, global e-commerce giants are also fueling this flight to quality trend. This has been evidenced by Amazon’s inauguration of the largest logistics centre in Africa against the backdrop of its formal entry into Egypt.

2. Over $400 billion in infrastructure development set to boost industrial activity

The fast-paced development of major industrial corridors in recent years has played a significant role in transforming the warehousing and logistics sector which has long been held back by poor infrastructure. According to the 2018 Logistics Performance Index (LPI) – a World Bank survey of operators providing feedback on the logistics ‘friendliness’ of countries – logistics infrastructure across sub-Saharan Africa scored 2.20 out of 5, highlighting the need for increased investment in the sector. This compares to a score of 4.37 in Germany – the highest ranked nation in the LPI.

At present, we estimate that there are over $400 billion worth of rail and road developments taking place across the continent. These developments are set to drive increased intra-Africa trading. In Eastern Africa, for example, increased infrastructure development along the northern corridor that links Kenya to Uganda and the Democratic Republic of Congo (DRC) has resulted in over 150,000 sqm of prime warehousing being developed in Nairobi alone in less than six years; almost 90% of all the stock delivered in this period.

Furthermore, due to improvements along the north-south corridor that links South Africa to other Southern African countries, anecdotal evidence shows third-party logistics in Johannesburg are relocating to the eastern and north-eastern parts of the city, attracted by the superior and extensive road network infrastructure. In addition, infrastructure development along the West Africa Growth Ring that links countries such as Ghana, Côte d’Ivoire and Burkina Faso is set to unleash in excess of 1 million sqm of purpose built prime warehousing according to our estimates. We forecast that cities such as Lagos, Accra and Abidjan are likely to be prime beneficiaries.

At a more macro level, alongside increased infrastructure developments, the implementation of the African Free Trade Agreement will also be a key lynchpin for the growth of prime industrial sector.

3. Governments are setting the stage for growth

Across Africa, most governments have ramped up initiatives on manufacturing and industrialisation as part of measures to boost economic activity in the wake of the pandemic. Increased competition for international investment has sparked a wave of new industrial policies and subsequently, a boom in the creation of special economic zones (SEZs) has ensued across Africa. The UN Centre for Trade and Development (UNCTAD) estimates that there are currently over 180 SEZs in Africa, with a further 51 SEZs under development. Kenya (61) has the highest concentration of SEZs, followed by Nigeria (38) and Ethiopia (18).

In addition, several governments are facilitating the development of industrial parks within these zones to drive foreign direct investment. In Ethiopia, for example, the establishment of the Ethiopian Industrial Parks Development Corporation has aided the delivery of over 15 million sqm of warehousing in just six years. This initiative has been instrumental in generating over $735 million in government revenue and creating over 80,000 jobs.

Furthermore, Uganda’s government has ramped up its industrialisation efforts by unveiling plans to expand the Kampala Industrial and Business Park (KIBP). The 4 million sqm park expansion will take the total number of companies at KIBP to 500. Once fully completed and occupied, KIBP is expected to increase the total number of people employed on the estate to 200,000 and generate $540 million in taxes per annum.