Award winning music producer and engineer Tim Rimbui is the founder and COO of Ennovator Music, a Nairobi-based recording studio and production company, which has worked with leading African artists like Eric Wainaina and international record companies. How we made it in Africa’s Dinfin Mulupi caught up with Rimbui to discuss the opportunities and challenges in the music business. 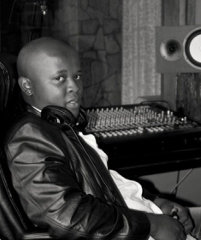 How did you start Ennovator Music?

My background is in music and technology. Straight out of high school I worked as an intern assistant engineer for a company that focused on writing and composing music for film, documentaries and commercials that mostly aired outside the country. I later joined a music studio where I worked with artists. KORA award winner, Eric Wainaina, had just come back from the US at the time. We did one high paying job together and we blew away all the money – nearly US$6,000. I was only 23 at the time.

Fortunately, another opportunity came up and we decided instead of living like musicians let’s have a small business plan. In 2007, I decided to start Ennovator Music as a full service audio company. Most people see the glamorous side of it – working with musicians – which in reality contributes a miniscule portion of our revenues. Actually, anything that you can perceive with your ears is our core business. We are planning to venture into video soon.

Is the music business as glamorous as most people think?

No. Entertainment is still not taken seriously as a business. The industry is growing. However, we still have a long way to go to get where South Africa and Nigeria are today. We have seen improvements in intellectual property and the growth of interest from other parties like legal and financial institutions who are now seeing this as an alternative revenue stream. Today, it is possible to walk to a bank with a good business plan and secure funding. This would have been unheard of 12 years ago when I joined the industry.

Where is the low hanging fruit?

There is growing demand for content generally, but more so for mobile. This, I believe, is the future. Content in general is a huge opportunity area. People are now willing to be identified with something African. It is now impossible to make any inroads in the industry without the marriage of audio and video. There is also a growth in specialised skills in the entertainment industry, which was non-existent before. In three years, we should see growth in education and certification. Having a passing interest without formalised training will soon be irrelevant. These are trends that ultimately create opportunities for investment.

Competition is growing too. How are you coping?

In the last few years, recording and production companies have mushroomed, but they rarely continue to operate past the first year. The masses don’t see a need to pay for audio content, although they do not mind paying for video content. Acquiring equipment needed to run a studio is capital intensive. When we started seven years ago, our initial investment was $5,000, but you would probably need to double that amount today. Because of the glamour, many people venture into the music business, mostly while in their early 20s, then reality hits. For every successful company you see, there are hundreds that tried and failed. Nonetheless, the music industry has huge potential.