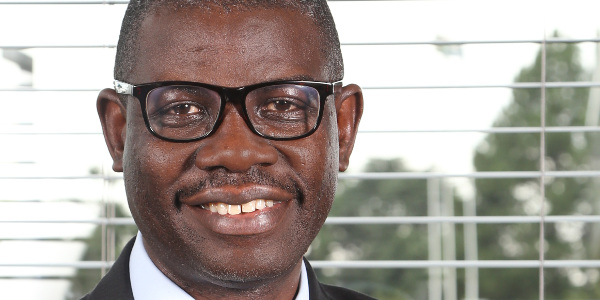 The increased costs of oil and gas production and beneficiation are seeing global energy majors build production and refining capability closer to new sources of oil and gas and fast-growing markets. Since many of these new finds are in Africa’s fast-growing emerging and frontier markets, Africa’s rapidly growing consumer and infrastructural opportunities, adds to the rationale for locating new oil and gas developments on the continent – close to tomorrows’ fastest-growing consumer markets.

It makes economic sense for oil majors and leading independents, comprised of a group of the world’s largest oil companies, to pursue opportunities across the oil and gas value chain within the African economies in which these resources are found.

Change has been rapid and widespread in Africa’s oil and gas landscape. Until recently, for example, Kenya and many other African countries were solely oil importers and had no gas reserves of substance. However, a host of new finds (gradually entering into production) across Ghana, Kenya, Mozambique, Senegal/Mauritania, Tanzania and Uganda, have significantly boosted sub-Saharan Africa’s traditional upstream players. Exploration is also continuing in a number of other prospects. This has transformed the continent’s energy outlook – as well as its relevance to global energy markets, especially in East Asia.

When traditional oil and gas giants like Nigeria and Angola are added to the mix, Africa emerges as the globes’ next big oil and gas energy play. This view accords with the long-term energy projections (to 2040) that each of BP, ExxonMobil and Shell (for LNG) have issued in Q1 of 2018.

Although initial capital investments into this sector will accrue to non-domestic manufacturers, the impact thereof will lead to developments of new domestic sectors and new supplier networks.

The successful development of these projects will boost fiscal revenues, enhance national capital formation and positively impact the balance of payments. The respective oil discoveries in Uganda and the gas discoveries in Mozambique have consequently led to further developments such as a potential refinery in Uganda and a fertiliser plant in Mozambique, to name a few.

Similarly, as with the example of cellular technology, Africa has the potential to benefit from a number of industry technological developments, for example, floating LNG (FLNG), floating storage and regasification units (FSRUs) and modular product storage. Taking them together, one begins to understand the full potential of the investment and development synergies likely to arise as more oil majors bring investment and expertise to building Africa’s future oil and gas capacity and synergies.

That said, in the short term, local African players are likely to emerge gradually in the upstream space as the costs of projects are relatively high and prices subdued. They also, typically, have very long time frames.

In the meantime, as the oil majors re-position to develop new oil and gas projects in Africa, opportunities will emerge for local participation in Africa’s downstream sector. Existing examples of indigenous players in South Africa, Kenya and Nigeria will in time be supplemented by other players.

As the continent’s population increases, coupled with growing employment and incomes, we expect to see a rapid increase in domestic demand for refined products as, for example, more people own cars, and increased economic activity leads to increased transportation. Over time, and supported by the right legislation, this is likely to see Africa’s emerging downstream operators acquire the capital and expertise to become tomorrow’s upstream investors and developers as new African oil majors are born.

Uniquely in Africa, neither oil nor gas are sunset industries. Africa’s huge energy deficit, coupled with its continuing exploration discoveries, means that the oil and gas market is likely to grow – in tandem with renewables – for at least the next 20 years.

For now, however, the declining cost of oil and gas projects (since peaks in 2014) means that Africa’s oil and gas landscape presents a substantial capital opportunity to a world achieving, rarely, synchronised global growth.

Dele Kuti is the global head of oil and gas for Standard Bank Group.