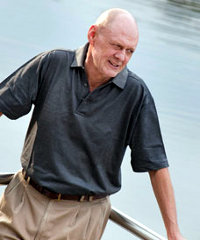 Speaking to How we made it in Africa on the sidelines of the recent German-South African Business Forum in Cape Town, Robertson said data centres are a small part of the property development industry but one of the areas where the biggest growth is expected, both internationally and in Africa.

A data centre is a facility used to house computer systems and associated components, such as telecommunications and storage systems.

“Visual International is currently building a business process outsource (BPO) park focused on the call centre and BPO industries to bring international operators to Cape Town,” says Robertson. “One of the first elements of the park is three data centres that will supply the South African and Sub-Saharan Africa market.”

Visual International is not just involved in the construction work but has also established a data centre operational company called Data Centre One. “We are planning to do some more [data centres] elsewhere in South Africa as well as in other Sub-Saharan African countries,” Robertson explains.

He says that there will be a big need for data centers throughout Sub-Saharan Africa as there has been in America, Europe and South Africa.