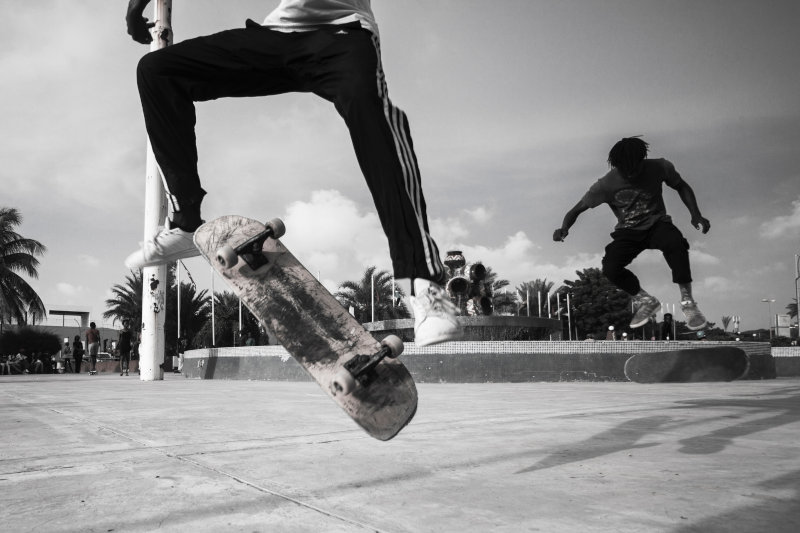 Flush with success from investing in sports and the arts, Senegal’s cultural capital seems to know no bounds. Dakar now boasts an array of fashion, culture and heritage platforms that are drawing global interest.

On 6 December 2022, Chanel, one of the world’s leading luxury brands, organised a three-day cultural program in Senegal, the Chanel Métiers d’Art show. This was the inaugural runway show for the haute couture brand on African soil.

While the show has previously been held in New York, Paris, Shanghai, Tokyo and Rome, Chanel chose Dakar for its African debut.

“By choosing Dakar, the house wishes to make the savoir-faire of its métiers d’art resonate with the artistic and cultural energy of the city,” the brand said in a statement.

Of the 62 models in the show, 19 were African, with 12 being Senegalese models.

“I am not surprised that Chanel came to Dakar. Other big names with reputable creative facilities are already established here,” said Oumy Régina Sambou, president of the Senegalese Association of Cultural Press Publishers and director of the Africultural agency.

The country’s domestic fashion industry has produced world-renowned labels like Tongoro, Selly Raby Kane, Diarrablu, and Adama Paris and attracted foreign brands like Tommy Hilfiger, Hugo Boss and Levis, which have their stores in the capital.

Chanel’s Métiers d’Art followed on the heels of Dakar fashion week, Africa’s longest-running fashion event, which took place between the 2 and 4 of December at the historic island of Gorée.

Barely a week before the event, the third edition of the Dakar Carnival took place between the 25 and 27 November at the Blaise Senghor Cultural Centre.

The event, which aims to rival the great carnival of Rio, Brazil, was organised in partnership with the Senegalese ministry of culture and the city of Dakar. Hundreds of artists paraded through the streets to showcase and promote cultural diversity.

The presence of African nationals from Cape Verde, Nigeria, Gambia, and Côte d’Ivoire, among others, at the carnival cemented the city’s identity as a melting pot of peoples.

“During events like Dakar Carnival, foreigners are welcomed with open arms and are given support and facilities to participate in the programme. On the political level, different mechanisms are put in place to encourage local artists and event promoters,” said Sambou.

The Ministry of Culture and Heritage rewarded at least 1o creative contributors at the Dakar Carnival with 10,000,000 CFA francs ($16,000) for their contribution to developing Senegalese culture.

Public investment into local human capital, including in the arts and in sport (the city is host to brand new basketball facilities, some of the best on the continent, and a state-of-the-art 50,000-seat football stadium) has been a critical pillar for successive post-colonial governments.

“There was an excellent cultural policy developed by President Leopold Senghor. Troops and artistic companies accompanied him on almost all his economic tours. This is how Senegal, especially its capital, established its reputation as a cultural hub,” explained Sambou.

However, Dakar’s roots as a cultural capital go deeper. The city is one of 22 cities on five continents recognised as UNESCO Creative Cities of Media Arts.

“Dakar has always been a place of culture, even way before independence. This is why it has many cultural infrastructures and has hosted major events such as the first World Festival of Black Arts in 1966,” Sambou said.

Big names such as Michael Jackson with the Jackson Five, the jazz pianist Randy Weston, and Danny Glover, among others, have made their way here to experience the city. Great artistic houses such as the Dapper museum have also set up projects in Dakar,” she added.

Apart from fashion and culture, art has also added to the city’s vibrancy.

In June 2022, the 14th edition of the Biennale of Contemporary African Art, dubbed Dak’Art, the continent’s largest contemporary art event, returned to the city following a Covid-induced hiatus.

Funded principally by Senegal’s government, the official programme featured 59 artists from 28 countries – 16 African nations and 12 from the diaspora.

However, hundreds of artists from around the world showcased their works in over 400 other spaces (including hotels and restaurant walls) around Dakar and throughout Senegal.

“Kehinde Wiley, the Nigerian-American visual artist and Obama’s portraitist, funded the refurbishment of a cultural centre in the Medina neighbourhood. Here, he held an exhibition of 40 artists who had made an artistic retreat at Black Rock, the residency he founded in 2019,” said Sambou.

Dak’Art has played a huge role in increasing the visibility of African artists since they display their work to an unprecedented number of audiences.

Artists like Nnenna Okore (Nigeria), Abdoulaye Konaté (Mali) and Aïda Muluneh (Ethiopia) are among the hundreds who have gotten massive exposure from the event and gone on to major acclaim.

Abdou Diouf, the technical director of Dakar Biennale, told Africanews the Biennale had received between 450,000 and 460,000 visitors, with over 180,000 visitors at the main expo site. At the same time, the New York Times gushed that the city itself was the Biennale’s “most colorful canvas”.

Dakar is also a growing tourist attraction, with a booming beach resort scene.

In November, Europe’s holiday company Tui launched the first direct flights from the UK to Dakar in more than 10 years.

In addition to Tui, the Spanish hotel chain Riu also dipped a toe into Senegal with its recently opened five-star Riu Baobab.

According to Sambou, “all these initiatives contribute to the influence of Dakar as a major hub” however, she’s quick to add that it’s not all smooth sailing for the country: “Senegal is struggling to develop cultural projects from the North to the South, you find that almost all events are concentrated within the capital.”

Despite this hurdle, she acknowledges that they’ve made strides as a country: “Our artists are now highly coveted internationally.”

This January, Chanel will return to Dakar for a 19M programme (19M is the official name for the headquarters of the speciality ateliers) and will focus on collaborations with local artisans.

Additionally, the highly anticipated 8th edition of the All-Africa Music Awards, AFRIMA, will take place at the Grand Theatre in Dakar from 12 to 15 January 2023.

YouTube has announced a partnership in the ‘Teranga Edition’ to provide artist-focused educational sessions and live streaming to music lovers and stakeholders in over 84 countries across the globe.

With all these initiatives and continued investment in the arts and culture, Dakar will undoubtedly continue to rise as Africa’s creative and cultural capital.

“Senegalese media has also played a huge role. Dynamic journalists and bloggers report on this dynamism, and their productions are seen worldwide,” said Sambou.

Moreover, agencies like Niyel, one of Africa’s leading advocacy, campaigns, and public affairs firm, is headquartered in Dakar and help organisations and countries amplify their impactful work across media channels.

“Thanks to social networks, Senegalese creativity is even more magnified,” said Sambou.