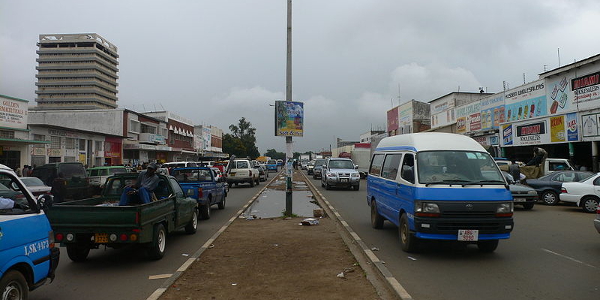 We started our travels for 2016 in Zambia. It was supposed to be Nigeria, but the Nigerian embassy in South Africa had run out of visa stickers. Interestingly, there is actually a lot of overlap between Zambia and Nigeria: Both rely heavily on commodities for foreign currency and government revenues and both are controlling their currencies, although the methods are different. The Zambian kwacha was one of the weakest currencies on the continent last year (losing more than 40% against the US dollar).

As usual, the price of flights within Africa does not seem to reflect the lower oil price. So I checked on Uber and got an estimated oneway fare from Cape Town to Lusaka, Zambia of R20,000 (around US$1,250). This made the air ticket prices seem more reasonable!

Zambia’s problems are being compounded by the dry weather. Firstly, agricultural production is down and, secondly, there are severe power shortages as 99% of the country’s generating capacity is hydro power.

Copper production, one of the mainstays of the economy, is struggling due to reduced demand, lower copper prices and power disruptions.

Lafarge Zambia indicated that Zesco (the government-owned power company) has declared “force majeure”, with unforeseeable circumstance making it unable to meet its obligations. The government has responded by hiring a ship with a heavy fuel power generator on board. This ship is anchored off Mozambique’s coast and is providing supplementary power. The problem for users is that the power comes at more than three times the normal cost.

To make matters worse for the cement producer, inflation in Zambia has shot up from 10% to 20%. This is because the currency has depreciated by almost 80% against the US dollar since the beginning of 2015. At the same time, cement capacity has doubled in Zambia following Nigeria’s Dangote opening a new plant. The retail price for a 50kg bag of cement has dropped from around 85 kwacha to 55 kwacha. With selling prices down and costs going up, it is no surprise that Lafarge Zambia has had to issue a profit warning for its 2015 results.

They are not the only industry facing increased competition. Choppies, the food retailer from Botswana, has opened its first store, making life more difficult for the incumbent South African retailers, Pick n Pay, Shoprite and Spar. I remember walking into a Spar in Zambia about ten years ago and thinking everything was twice the price of the same goods in South Africa. Now, prices are very similar.

One of the reasons we continue to seek opportunities in Zambia is that listed companies are required to have a free float of at least 20%. There are a number of interesting companies that don’t yet comply, such as the two listed brewers (both controlled by SABMiller), Standard Chartered Bank and Airtel. Lafarge’s parent company, on the other hand, sold down its position around two years ago in order to comply and sugar producer, Illovo, has been reducing its stake over the last two years. We did not participate in the placement of Lafarge Zambia shares. At the time, we didn’t know about the extent of cost pressures the cement producer would face, but we did know that the competition was on its way.

Having spent three days meeting companies and government, we are very hesitant to invest further in Zambia, due to the currency risk. The government raised a Eurobond and is now using the money to defend the kwacha. The Kwacha (ZMK) moved from around ZMK 5.5 to the US dollar at the beginning of 2015 to peak at ZMK 14 in November 2015. It has currently settled around the ZMK 11/US dollar level.

Inflation has already risen above 20% and the government doesn’t want it any higher as it prepares for the August presidential election. The Eurobond was raised to develop infrastructure. The fact that it has been used to defend the currency is likely to have a very negative long-term impact. Of course, if the rains come and commodity prices recover sharply, things may turn out alright. In the meantime, the high Eurobond yield in Zambia suggests that international investors are growing more wary of Zambia’s ability to repay its US dollar denominated loans.

If you look hard enough, there are always good investment opportunities, even in a tough environment. The consumer companies we met seem to be enjoying strong top-line growth – revenue growth for the three companies we met with is currently running at between 30% and 50% higher than that of last year. The management of these companies are surprised at how their customers are holding up. This is very different to the Nigerian situation where flat revenue is considered a good result. The weakness in the Zambian kwacha means that exports to neighbouring countries have picked up and imports into Zambia have reduced. This is helping performance. At this time, exposure to Zambia within the Old Mutual African Frontiers Fund is less than 1%.