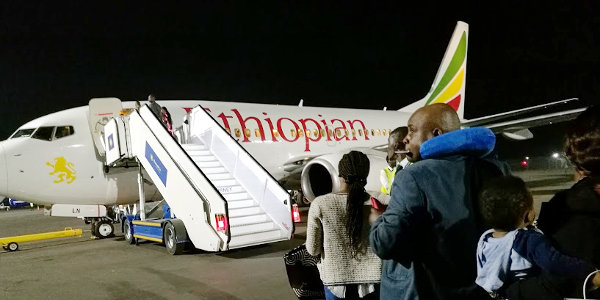 In December 2019, China informed the World Health Organisation (WHO) that an infection by an unknown agent, now labelled as COVID-19, was detected in Wuhan, the capital city of the Hubei province. And by the first week of this year, Chinese President Xi Jinping ordered his top officials to take all necessary measures to fight COVID-19, leading to the complete lockdown of Wuhan city and Hubei province. While the COVID-19 outbreak has currently infected 72,436 people and caused 1,868 casualties (as of 18 February) within China, the number of confirmed infection and casualties outside of China has reached only a 1,000 and five respectively. However, with the international media and social media, this outbreak is being blown out of proportion as well as instigating irrational fear and undue panic in the world.

The black swan event, that Chinese President Xi Jinping foresaw at the beginning of last year and warned his senior members of the Communist Party against, happened in the form of COVID-19 at the moment. The viral infection started in Wuhan and has briskly spread within the city and Hubei province. It has now evolved into a major public health crisis in China. Acting decisively, the Chinese leadership bit the bullet and made the unprecedented decision to completely seal off the epicentre of the outbreak by locking down and putting into quarantine everybody in Wuhan city as well as the whole Hubei province.

To fully understand the gravity of this action, we need to know that Hubei, a province of 60 million people, is landlocked in the central part of China and that Wuhan, the capital city of 11 million people, is a major economic and transportation hub of China. In comparative terms, locking down Wuhan city is equivalent to closing up a small African country like Rwanda, while sealing up Hubei will be tantamount to shutting down the whole of South Africa or Tanzania with all human traffic and activities stopped overnight and everybody quarantined at home.

Ethiopian Airlines flies to four destinations in mainland China – Beijing, Chengdu in Sichuan, Guangzhou in Guangdong and Shanghai. As of February 16th, WHO declared that there are only 380 (Beijing), 481 (Sichuan), 1316 (Guangdong) and 328 (Shanghai) laboratory-confirmed cases in these territories. These four destinations are not near the COVID-19 epicentre and are about a thousand kilometres away. With Hubei province being put on quarantine, the risk of having more infected people spreading the virus around in China is drastically lowered. Moreover, anybody travelling outside of China is being thoroughly screened for any sign of infection before being allowed to travel. Furthermore, all major airports like Bole International Airport are also screening travellers from China and putting measures in place to quarantine passengers, if necessary. Hence, while the risk of carrying an asymptomatic passenger infected with COVID-19 is not nought, Ethiopian Airlines is taking a managed risk approach with the current situation.

Besides, even if Ethiopian Airlines eventually stopped all its flights towards China like Air Mauritius, EgyptAir, RwandAir and others, it will not be a foolproof measure, as shown by the first COVID-19 case in Egypt. In addition, there are at least three incidents where people, who have not been to China, got infected and spread the virus in other parts of the world. First, there is the case of a Japanese couple who travelled to Hawaii and they were found to be infected upon their return to Japan. Second, Malaysian and South Korean travellers were found to be infected after their Singapore trip. Third, a British citizen became a super spreader, infecting numerous people in France and Britain. Hence if stopping COVID-19 means to stop all flights towards China, then, using the same rationale, flights to and from other infected regions should also be stopped. This is indeed not possible and will be extremely disruptive.

COVID-19 in China vs swine flu pandemic from America

While acknowledging the major challenge faced by China with COVID-19, Chinese Foreign Minister Wang Yi chided and harshly criticised the overreaction of many countries, that is creating great anxiety and even hysteria among people, leading to racism and xenophobia towards Chinese people in certain instances. To assess the potential risks, we need to take a disinterested perspective and analyse calmly the current situation as well as all the mitigating measures taken by China to control the outbreak, while at the same time, we need to learn from any other similar precedent and actions taken.

The recent and closest precedent to the current COVID-19 outbreak is the 2009 H1N1 swine flu pandemic in America. According to the American Centers for Disease Control and Prevention (CDC), the first case of H1N1 swine flu was confirmed with two children infected in California in April 2009. Subsequently, it rapidly spread to Texas and Kansas. Unlike what China is currently doing, America did not lock down and put under quarantine the infected regions, once it was aware of this new virus. As a result, the H1N1 swine flu virus rapidly spread out throughout the whole of America, infecting about 60 million Americans and causing the death of 12,000 Americans in the end. Comparatively, for COVID-19 in China, with Hubei under quarantine, there are 72,436 infected and 1,868 casualties within China.

In June 2009, with the H1N1 swine flu fast spreading to other countries, the former WHO Director-General, Margaret Chan declared the new flu strain from America a global pandemic with about 30,000 confirmed cases then in 74 other countries. The swine flu virus spread to the whole African continent, infecting even small island nations like Seychelles and Mauritius. In the end, there were 28,616 laboratory-confirmed cases and 345 deaths in Africa. As for COVID-19, there is only one confirmed case in Egypt at the moment.

Since America did not lock down the infected regions, the pandemic spread to the whole world. Europe and Asia had nearly 900,000 confirmed cases and 6,676 deaths. Being a main gateway to Africa, South Africa had the largest number of confirmed cases with 12,631 infected people and 93 deaths. It is precisely to avoid the same mistakes from the 2009 H1N1 swine flu pandemic from America, that China has sacrificed 60 million people in Hubei to save the world, including Africa, from COVID-19.

Africa should not be short-sighted and remember that China has been a good and reliable friend, even in times of great difficulties. Hence Africa must build on rather than squander all the goodwill gained from the Africa-China relationship. Therefore, until WHO declares that travelling to China is unsafe, Ethiopian Airlines should continue on flying to China. Moreover, being Africa’s largest airline, it also represents the continent. Addis Ababa is the location of the African Union headquarters that China built at a cost of $200 million and donated to Africa. Suspending all flights to China will not only be tantamount to closing the door to a great friend of Africa, but will also undermine future cooperation between Africa and China. Being viewed as a friend helping a friend in need will indeed build on the goodwill accumulated.

In the bitter tussle between America and China for global influence, Kenyan President Uhuru Kenyatta is right to say that Africa should be able to engage with both parties. However, just before his trip to meet American President Donald Trump, he suspended all Kenya Airways flights to China even if there was no confirmed infection in Kenya. In addition, he may be viewed as the messenger of the Trump administration when he pressed Ethiopian Airlines to stop all flights to China, right after his trip to Washington. For the Chinese government, President Kenyatta may be seen as an opportunist and his actions may not be viewed positively since Kenya has been a great beneficiary of its Belt and Road Initiative (BRI).

Let’s be very clear also that Ethiopian Airlines is not doing charitable and humanitarian work by continuing to fly to China. There are numerous commercial reasons for it to do so with six daily flights carrying cargo and about 4,000 passengers to and from China. Furthermore, Ethiopia is a main gateway to Africa. If Ethiopian Airlines suspends all its flights to China, its passenger and cargo load factor will be greatly affected; thereby disrupting its whole hub and spoke network from Bole International Airport. Besides, it will have to eventually lay down some of its underutilised aeroplanes. The International Civil Aviation Organisation (ICAO) estimates that with COVID-19, the global airlines, including those from Africa, will incur a $5 billion loss in revenue in the first quarter of 2020. This is not counting losses in the tourism sector and business disruption.

While the biggest battle against COVID-19 is currently within China, battling the aftermath of COVID-19 will be indeed global. In the current clash with China, the Trump administration is fighting on all fronts. Despite the fact that there was only a couple of confirmed cases in the United States by the end of January, the Trump administration decided to ban all travellers from China. Subsequently, all three major American airlines suspended all their flights to China. This has caused consternation among the global community and a subsequent frenzy by other global airlines to follow in America’s footsteps by stopping their flights without doing proper risk assessment of the situation. This decision will cause massive disruption globally and the effects will be felt in the months to come.

Even if WHO considers the risk in China to be high, it has not declared COVID-19 a pandemic of global proportion with rapid transmission among people and countries. Africans will more likely catch the influenza virus with the current flu epidemic in America, that is estimated to infect up to 36 million Americans and potentially cause the death of 36,000, according to the American CDC. While Africa should be on its guard against COVID-19, it should not fall into panic mode.

Since the risk of ordinary Africans catching COVID-19 is in fact very low indeed with China doing its utmost to contain the virus within its shores, Ethiopian Airlines should be commended for calmly assessing the potential risks of COVID-19. While others have quickly stopped their operations, it has shown great courage to keep flying to China, so as to keep the Africa-China links open. This shows that rather than burning bridges, Africa should keep building and strengthening its relationship with China and other countries to keep moving forward.