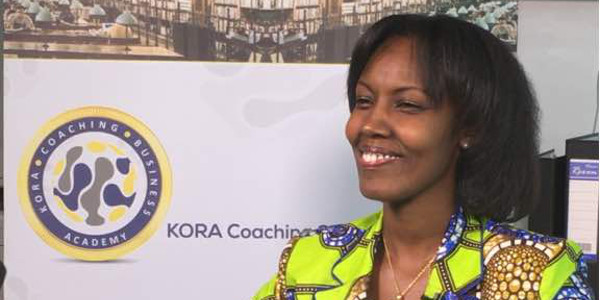 When Mireille Karera moved to Rwanda to start her own business, some of her friends and family thought she had lost her mind. They expected her to be satisfied with the direction her career was taking at that stage, living in the big promising city of Dubai where she was a new-business executive at Thomson Reuters’ business development wing – earning a six-figure salary.

For 13 years Karera had worked in business hubs such as London, Dubai, Johannesburg and Nairobi where she had gone up through the ranks, achieved great success, won awards and lived a comfortable life. But at her core she was unsettled and ready to trade it all to start a business from scratch.

It all started in 2010 when she went through – as she describes it – a personal transformation. Since then she had been struggling with the decision to quit her job. In the meantime, she enrolled for courses in certified qualifications in personal and business coaching. This made her realise that coaching was the kind of business she wanted to venture into in Rwanda, her country of birth.

“I planned my exit strategy. I had saved almost US$100,000. That’s the money I had saved for myself in case I didn’t get any income for the next two years. But I was also to use part of this money to start the business. Oh boy, was I wrong!” she exclaims.

Karera says she knew the cost of living in Africa was considerably lower compared to other places she had lived in and thought the fact that she had a mortgaged house in Rwanda would make it easier for her. But nothing had prepared her for what was to come.

After quitting her job in August of 2014, she moved to Rwanda to start KORA Associates Ltd to offer business and personal coaching services.

She must have faced some challenges?

According to Karera, the first mistake she made when starting out, was not separating money to start the business from her personal finances.

She naively thought, now that she was a certified coach, had a dream and came from a corporate business world, she could simply start. “But the moment I started, I got a reality check. A lot awaited me: The materials to start with, developing coaching products… I finished all the money before I was even half way.”

Her business has since picked up. She employs nine full-time staff and has an average of five associates at any given time, offering executive and life coaching services to corporate companies and individuals. The business boasts offices in Rwanda and South Africa, with more than 10 commercial banks as clients as well as other corporate organisations.

Karera has picked up many accolades along the way, such as being showcased in Amazons Watch Magazine that highlights the achievements of women from emerging nations, as well as being featured in several other publications.

Things were different before 2017 when it was mainly expatriates who knew the value of coaching services, says Karera. Even in 2018, coaching is still pretty much a new field in Rwanda.

Karera says it took a good two years before she got a single client, but she believed in her vision too much to give up.

She says that being away from home for 20 years did not diminish her desire to return, and that in retrospect, it only intensified it.

“Something always told me I have to come back and do something in Africa. I thought it would be charity work. I have always had both an entrepreneur and a mother Teresa in me.”

Today, after a name change from Kora Associates, Karera is group CEO and lead coach at KORA Coaching Group and earlier this year the group added the KORA Coaching & Business Academy that offers coaching training and internationally recognised certification.

Karera says as the first coaching academy in Rwanda, they made sure their offering was unique and innovative.

“Typically, coaching academies around the continent are subsidiaries of western companies. Our programmes have an African flair, blended with a global touch.”

What does the future hold?

Born to Rwandan parents in Burundi, Karera’s life journey has taken her to Congo Brazzaville as a child, later relocating to Germany where she lived for 15 years and where she graduated in translation studies.

She is an avid traveller who speaks seven languages, has been to 54 countries on five continents but still wants to visit Norway to see the Aurora Borealis – the Northern Lights.

But for now, her priority is to expand the business to West and North Africa, the Middle East and Asia within the next five years.