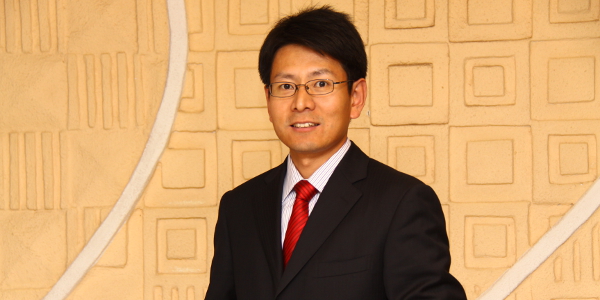 “ICT is not just one industry. It has already become an engine that pushes GDP growth and contributes to the whole of society,” said David Wang, Huawei’s vice-president for southern and eastern Africa.

Chinese ICT solutions provider and manufacturer, Huawei, has identified Angola and Mozambique as having strong potential for its business in Africa.

According to the company’s vice-president for southern and eastern Africa, David Wang, while these markets are not the fastest-growing for Huawei’s business, they’ve seen solid GDP growth and have strong “human resources” which the company hopes to better tap into.

The laying of the submarine South Atlantic Cable System, set to link Luanda, Angola with Fortaleza, Brazil, is expected to considerably cut the costs of data. The cable will also link regional African countries.

“It’s a very good thing to connect the continents and provide more bandwidth for the whole industry,” Wang said during a media roundtable last month.

“Currently, in the whole African continent, every country has its own fibre optic backbone. But to connect other countries across borders? So far we haven’t seen much of this.”

However, South Africa, Nigeria, Egypt and Kenya remain the fastest-growing markets for Huawei, which supplies operators and consumers various products – including mobile phones, modems and dongles.

Last year the company imported around one million of its smartphones into South Africa. “If you look at the industry, you will always find that if the population is there, the opportunities are there,” Wang added.

While voice services remain strong in Africa, the company sees huge demand for data, and has laid over 50,000kms of fibre optic cables across the region to help stimulate its data service business.

“We need to encourage end users to consume data as much as possible,” he continued. “That is why operators today realise that we need to embrace OTT.”

OTT services or apps, like WhatsApp, can bring in revenue for telecommunications companies in the form of data usage. “So for Africa, the data service era is coming, but currently the infrastructure, especially the connectivity, is not enough. And this is why we need 5G, because big data is needed to meet more demand.”

While many developing countries now have 3G and 4G in urban areas, Wang noted Africa has been slow on the uptake, with major cities in South Africa offering a limited 4G network, but not much elsewhere.

“So according to the data requirements and what we need to do to meet it in the current situation in Africa, connectivity is most important – not only for urban areas but also for those living in rural areas.”

Increasing internet connectivity, he added, will require contribution from both government and private sector stakeholders. “ICT is not just one industry. It has already become an engine that pushes GDP growth and contributes to the whole of society.”