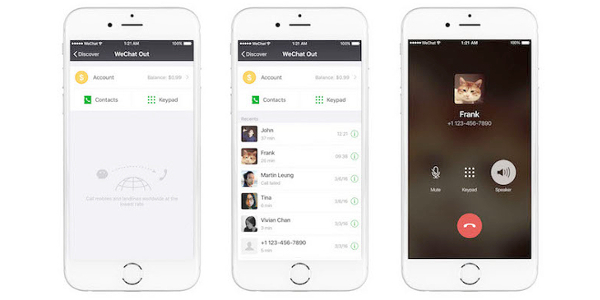 Chinese integrated messaging platform WeChat is trying to gain traction in South Africa by collaborating with large merchants to allow for mobile payments via its WeChat Wallet. The company recently partnered with McDonald’s South Africa to pilot the service, and QR code scanners have already been integrated into point-of-sale systems at a handful of outlets in Johannesburg and Cape Town.

“We have many smaller merchants online that are able to receive payments [via our mobile wallet], but we also want to get it into the bigger merchants and companies and show that we have the ability to process transactions at very high volumes for big retailers,” Brett Loubser, CEO of WeChat Africa, told How we made it in Africa.

He added that he is also in talks with some of the country’s supermarket chains about allowing WeChat users to make payments via the application. “We are hoping to close some [deals] with them during next year.”

In China, WeChat’s dominant market, the smartphone application is much more than an instant messaging platform. It is a one-stop-shop mobile platform that allows users to transfer money, book doctor’s appointments and invest in the stock market, amongst other things.

It has partnered with Naspers-owned MultiChoice, a leading African pay-TV player, to offer voting services for viewers of TV shows such as Idols and The Voice. In South Africa, listeners of the South African internet-based radio station CliffCentral can stream and interact with the show through the app. WeChat Africa is also partnering with local start-ups such as micro-job search platform M4JAM, to offer users additional value.

Its mobile wallet was launched late last year through a partnership with South African lender Standard Bank. While Loubser will not reveal any exact figures around how many WeChat Wallet users the company currently has in South Africa, he did say it was in the five-digit range.

The company’s Crazy Cash campaign offers users a randomly calculated amount back (of up to 50%) on their purchase at participating merchants, if they pay using the mobile wallet. It is also offering 50% cash back to the first 20,000 McDonald’s customers who use WeChat Wallets to pay for their meal.

The uptake of mobile phone payments in South Africa has been comparatively slow when compared to some other African countries. While M-Pesa is used by over 70% of the population in Kenya, it failed to gain any traction in South Africa.

However, Loubser notes that WeChat’s mobile payments solution has a different offering to M-Pesa’s. For example, M-Pesa is targeting users who do not have access to bank accounts, while WeChat Wallet is looking to integrate bank cards into mobile payments. But most importantly, its platforms allow merchants to easily interact with customers after they have left the store.

“The real power of WeChat as a platform is the ability to communicate with the customer after the transaction, so we are looking to work on multiple projects with McDonald’s after this pilot,” said Loubser.