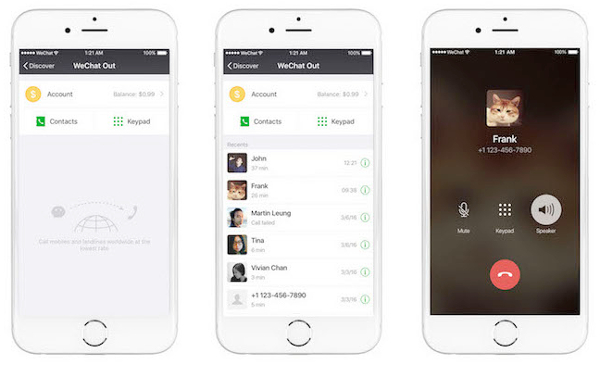 “The market for cross-border remittances in Africa is significant, and it is something that is definitely of interest to us in our long-term planning.”

This is according to Brett Loubser, CEO of WeChat Africa – a joint venture between Chinese internet firm Tencent and South African media giant Naspers. The social communications platform, which dominates the Chinese market, is now competing for market share in the African region where it sees potential for growth.

In China its services go way beyond instant messaging and it can be used to book doctor’s appointments, pay traffic fines, transfer money, invest in the stock market and much more. It is pursuing a similar strategy in Africa to attract users and has already launched a variety of value-added services in South Africa – a key market for the Facebook-owned messaging app, WhatsApp.

While WeChat will not reveal its user numbers in South Africa, a study by Johannesburg data research consultancy, World Wide Worx, stated WeChat had around half the number of WhatsApp users in 2014 (which was then estimated at over 10.6 million). High telco SMS and call charges have meant that WhatsApp’s cheaper internet-based messaging and call services have seen a swift uptake in South Africa.

WeChat offers the same services, but its adoption has been slower. Loubser believes this is partly due to the simplicity of the WhatsApp platform, which is only focused on social communications.

“WeChat is very much a product that is designed to work on higher-end smartphones, and adoption [of these] is generally a little bit further behind in Africa than most other territories in the world. The reason this is relevant is because WeChat is a complex application. It is big and has a tonne of functionality which means it doesn’t work well on very low-end, in-between smartphones – not as well as a lighter application might. This creates some complexity in terms of entry,” explained Loubser.

However, he believes the platform will set itself apart from WhatsApp in Africa over time as a one-stop-shop mobile services platform.

Carving out a market

WeChat’s partnership with Naspers-owned MultiChoice, a leading pay-TV player in the African market, as well as other media, has allowed it to offer voting services for viewers of TV shows such as Idols and The Voice. The strategy has been particularly successful in South Africa and Nigeria.

“We’ve found that this is one of the areas we have significant success – this second-screen interaction. It is obvious when you think about it. These days when we watch TV, we sit with our phone on the arm chair next to us, and whenever there is a little break in the programme or if we want to look at something, the phone is always within reach… So delivering an experience that augments what’s on the screen has proven really successful for us.”

WeChat also allows listeners of the South African internet-based radio station CliffCentral to stream the show, as well as access its daily polls and chat groups. Furthermore, it is partnering with local start-ups – such as delivery service Picup and micro-job search platform M4JAM.

And late last year WeChat Africa launched its mobile wallet through a partnership with Standard Bank, a leading South African lender, in which the Industrial and Commercial Bank of China (ICBC) holds a 20% stake. The wallet allows users to make easy mobile payments at a merchant, send money to other users, and cash out at an ATM, all without requiring a personal bank account. The service is currently only being deployed in South Africa, but Loubser says there is an opportunity to expand into other markets where the cross-border remittance market is strong and most of the population remains unbanked.

“In South Africa and other African territories we are not focused on revenue generation just yet. We are still busy growing our market,” continued Loubser.

“So our task here is to first grow the platform. It is much harder and slower to grow a platform than just an application – if you understand what I am saying.”

While the aim is to attract users and focus on profits later, Loubser indicated the platform will likely follow the same revenue-generating model as it has in China.

“There is a potential for fees through transactions – using the same model as the banks where if you are a merchant and you are accepting money from a customer, then there is a processing fee involved. As a participant in that value chain, there’s potential to generate revenue there,” he added.

“But the predominant way is through the sale of virtual goods… Look at Tencent. It is a gaming company and is extremely strong at creating incredibly powerful entertainment titles and selling virtual goods as a result.

“And this is an established model which has worked really well for them.”