The Johannesburg Stock Exchange (JSE) has always towered over other bourses in Africa. According to a report by Deutsche Bank, the JSE in 2012 represented no fewer than 38% of all listed companies in the region. 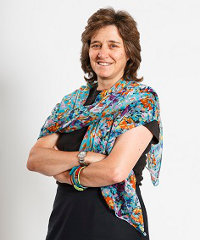 The JSE is also among the top 20 exchanges globally in terms of market capitalisation and turnover, and has about 400 firms listed. Out of these, 68 are among the 100 largest companies in sub-Saharan Africa.

However, sub-Saharan Africa’s robust economic growth in recent years has also brought attention to the region’s other capital markets such as those in Nigeria, Kenya and Mauritius.

Nicky Newton-King, CEO of the JSE, says growth in the rest of the continent provides good opportunities for the South African bourse.

She says instead of listing on international markets like London, companies in fast-growing African countries will find cost-effective access to international capital through the JSE.

“Likewise, we have a well-developed product set on the JSE which we think will interest investors in these other markets.”

In a recent report by Investec Asset Management and the US Chamber of Commerce, titled Africa and the United States: A defining relationship of the 21st century, Newton-King and other business leaders expressed their thoughts on capital market development in Africa and key considerations for prospective investors.

Emerging market stock exchanges are often associated with risks such as political instability and lack of transparency. The JSE boss notes it is up to emerging market exchanges to mitigate risks that fall within their control. This can be achieved by ensuring legal protection of transactions, that rules relating to market participation are clear and applied consistently, and disseminating accurate data in as ‘real-time’ as possible.

“There should not be differences in treatment between domestic and international investors (where possible),” she says. “Essentially, exchanges must ensure the only risks associated with investing in an emerging market are risks associated with the particular asset – not the operations of the market as a whole.”

Mimi Alemayehou, executive advisor and chair of Blackstone Africa Infrastructure, notes that initial public offerings (IPOs) on stock markets will be an essential method for investors to exit their investments in Africa.

Private investment in Africa has been increasing steadily over the last decade, but exiting these investments remains a challenge. Elsewhere in the world, many private investors exit their investments by putting their shares in a company up for sale on a stock market. However, Africa’s relatively weak and illiquid stock exchanges make this less of an option.

Alemayehou proposes the creation of regional markets to provide the required scale and liquidity.