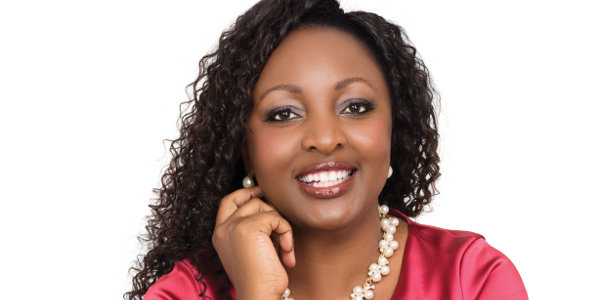 In 2010 South Africa’s Media24 decided to shut down its Kenyan-based subsidiary East Africa Magazines – which published True Love, Drum and Move magazines – citing low revenues. The exit meant three magazines published in Kenya by Media24 would be pulled off the shelves, and dozens of people would have lost their jobs.

But Kenyan writer Carole Mandi, then employed as publisher of True Love, decided to bid for the magazine franchises.

She set up Carole Mandi Media Limited (CMML), and together with her husband raised capital from their savings and debt to acquire the publishing licence. In July 2010, just a few months after the magazines were pulled out of the market, True Love relaunched, followed by Drum East Africa in January 2011.

Although she had some experience in business management from running her own media consultancy and managing Media24 products in East Africa, Mandi says taking on the True Love and Drum franchises was “scary” at first.

“It was so much more personal [because] it was my money. I wasn’t gambling with someone else’s money. I had to be a lot more prudent, and became sharper on the business side of things,” she explains. “I told a friend I’d either succeed spectacularly or fail spectacularly, but I am going to do it anyway. I knew if I failed it would be headline news everywhere.”

True Love, the most well-known brand in CMML’s stable, is targeted at women aged between 25 and 35. The monthly fashion, beauty and lifestyle magazine was developed in South Africa, aimed at black women.

“The woman we target is upwardly-mobile, well-educated, intelligent and in a very interesting phase in her life. She is either developing her career or making decisions about going back to school. Or could be getting into a relationship or starting a family. She needs a brand that is like a trusted girlfriend to guide her in all these aspects of her life. True Love is an integral part of her monthly shopping basket,” says Mandi.

In December 2012, Mandi and her team developed their own brand Home & Living, a bi-monthly home, garden and lifestyle magazine. All three CMML magazines retail in Kenya, Uganda, Tanzania and Rwanda.

Mandi’s interest in magazines started at a young age. She began writing letters to the editor while in high school. At university she studied to become a literature and linguistics teacher because at the time teachers were guaranteed of jobs.

“While at university I continued writing for magazines. Writing came to me so naturally and so easily. After I graduated the government wanted to send me somewhere for a teaching job – but I declined the offer. Instead I got a job at a small women’s publication as an editorial assistant.”

Mandi joined listed media company Nation Media Group in 1995 where she climbed the ladder working on various publications. In 2002 she quit to focus on raising her two young children. When Media24 launched in Kenya in 2004 it hired Mandi as editor and later publisher of True Love and Drum. Besides her career in magazines, for several years she also hosted a weekly women’s talk show called Sebuleni on NTV.

As an entrepreneur, Mandi says her biggest challenge has been managing human resources.

“I am very quick to hire and slow to fire. I have made lots of mistakes in hiring and I still need to learn how to get the right mix of people to move the vision forward,” says Mandi.

Despite emerging digital trends and the failure of some brands in the Kenyan market, Mandi still sees opportunity for magazines.

“Not all magazines make business sense. But our business is lucrative otherwise we would have closed down. I think the growth space for magazines is still huge. True Love, for instance, is a status symbol,” she says.

“I really love content, so sometimes I get very engrossed in the operations and not so much in the strategy. I have learnt that I need to step away from my business to actually work on it, not at a strategic retreat once a year, but on a weekly basis.

“I allocate two days every week to look at strategic issues to do with the business. A business can really suck you into the operations, and then you stop asking yourself the important questions about growth and emerging trends.”

Mandi advises other entrepreneurs not to shy away from taking risks. She narrates how in December 2012, just three months before Kenya had an election, she decided to launch Home & Living.

“People were asking ‘what are you thinking?’ At the time there were concerns that there would be violence in the aftermath of the elections, like in 2008. There was a lot of unease in the market and advertisers were holding back on spending, waiting to see how things would play out,” she recalls.

“But I like to make my jumps when everybody else is holding back. [And] three years later the Home & Living brand is still here and growing. I don’t think there is ever a right time. A lot of times an entrepreneur has to make a decision and make a move.

“If you keep waiting for the right time, which means the safest time, you might wait forever.”