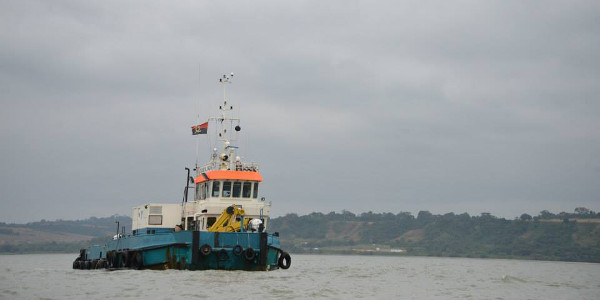 Capoinvest Limited, the private investor in the Porto do Caio Project in Cabinda, today signed an investment agreement with the Angolan Government, represented by UTIP (Technical Unit for Private Investment), officially listing it as a foreign investor in the project.

UTIP, whose function is to receive, analyse and supervise private investments, also considered the impressive socio-economic impact potential of the Project on the broader Angolan economy in the approval process.
Jean-Claude Bastos de Morais, member of the board of directors, Capoinvest Limited said, “The Angolan Government is attracting inward foreign investment by establishing public private partnerships such as Porto do Caio. The signing of this investment agreement is a milestone for the Angolan economy and helps to attract further foreign national investors looking to realise the significant opportunities available at the port and associated zones.

In addition to outstanding access to global and African markets, this project offers to local and international companies a series of benefits allowing for efficient operations at attractive costs as well as the possibility of benefitting from the free trade zone and other centralised operations.”

Capoinvest’s local partner, Caioporto S.A., was awarded a 30-year concession to finance, plan, design, build and manage the Port of Caio, under the terms and conditions agreed upon in a concession agreement prepared in collaboration with the Ministry of Transport, Angola.

Angola’s international trade is entirely dependent on the country’s ports, which account for over 90% of imports. Furthermore, ports will be essential for Angola’s plans to become an important regional supplier to its landlocked neighboring countries. Porto do Caio therefore will act as a catalyst to intra-regional trade flow and will play a leading role in contributing to the diversification of the Angolan and regional economies. The Port and associated zones will be a game changer in the region’s logistics industry while providing significant economic benefits to the people of Cabinda and the country.