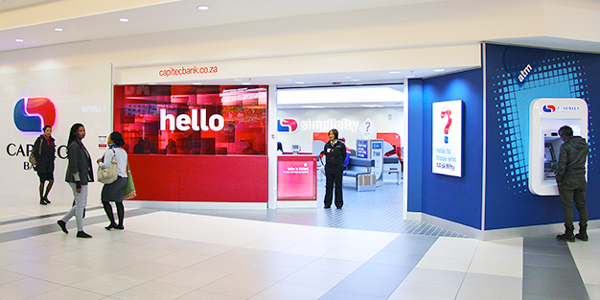 Capitec began as a company that acquired and consolidated a number of small micro-lending businesses.

The South African retail banking sector is characterised by high barriers to entry. The sector is concentrated, with four of the largest banks – Standard Bank, Absa, First National Bank and Nedbank – accounting for more than 80% of retail deposits. Some of the small players have been operating for some decades – Grindrod since 1994 and uBank since 1975 – but their deposits have not grown significantly. Few banks have successfully entered the banking sector since the establishment of Absa 25 years ago.

The only successful new entrant into the local market has been Capitec.

Capitec was formed in 1997 through the acquisition of micro-lending businesses such as Smartfin and Finaid by the founding entity, PSG, an independent financial services group. It then registered as a bank in 2001.

But the bank only managed to attract a notable amount of deposits in 2006. The infant years – 2001 to mid-2006 – were plagued with challenges that stagnated growth. It nevertheless managed to overcome these.

Capitec’s success can be attributed to a number of factors. The partnership with PSG provided a significant amount of equity capital that enabled the bank to advance its operations. Furthermore, PSG also acted as a shareholder of reference, providing comfort to the market specifically in the early years when the entity was in its infancy. Capitec also benefited from a diversified business model: it offered a simple, affordable and transparent product that could be easily be understood by the market, as well as micro-lending, which ensured profitability from the start.

Deposits are the cheapest way for a bank to raise money for its lending activities as they command relatively low interest rates. The more a bank can command deposits, the better it is able to engage in more lucrative lending and investing activities.

Between 2001 and 2003 Capitec was largely self-funded because consumer and investor confidence in the sector was low. Self-funding is a handicap for new entrants due to the high-capital requirements and expensive set-up expenses, such as establishing a branch network.

In Capitec’s case, independent investors contributed 20% of the equity shareholding. The bulk came from two groups: PSG (58%) and management (22%). But Capitec had other challenges too.

The 2008 South African Banking Enquiry noted a number of barriers to entry within the retail banking industry. These included:

Switching bank accounts and fee structures: The enquiry found that major retail banks had taken advantage of various mechanisms to deter customers from switching. These included complex fee structures and a lack of price transparency.

Regulation: The strong position enjoyed by incumbent banks is reinforced by the regulatory environment. They are strictly regulated to protect the general public from losing money. And to minimise risks, should banks be unable to meet their financial obligations.

Funding: This remains a major problem in South Africa, especially for small enterprises and new entrants without a track record. Equity investors perceive these firms as unsafe investments whose returns cannot justify the inherent risk.

Access to debt financing: New entrants cannot issue investment-grade debt instruments given their size and the lack of a track record in most cases. As a result, small banks are limited to the junk market, which is relatively expensive. Equity financing is often not enough, hence institutions tend to use a combination of debt and equity financing.

Banks cannot operate as silos – their cards have to work at all ATMs: A new bank has to navigate South Africa’s sophisticated and highly-regulated payments system. This depends on the cooperation of the other banks. There have been instances where banks have been accused of frustrating each other’s efforts to integrate new products.

Capitec began as a business that acquired and consolidated a number of small micro-lending businesses. Over time, it has been slowly transforming its clients, who mainly relied on it for loans, into transactional banking clients who deposit their salaries and manage their transactions through their Capitec accounts.

Capitec’s product is a low-cost account. A major part of its success is due to the fact that low-income clients were not well served by the incumbents, which were concentrating on middle- and higher-income segments of the market.

The bank overcame customers’ reluctance to switch by developing an affordable, simple and transparent product that is easily understood. It employed dedicated staff to work on switching clients. Branch personnel were also trained to convert lenders and savers into banking clients.

Initially, Capitec’s clients were cash converters who would take out cash soon after their salaries were deposited. But the profile of these clients has changed over time to more mid-market customers who switched from other banks.

Capitec’s infant years were characterised by self-financing, partly reflecting the reluctance of commercial funders to back a small bank. Capitec also had a lower debt relative to equity financing than the incumbents and the industry average.

The lack of access to debt financing during infancy had an impact on Capitec’s ability to expand its operations. It also affected profitability, given low financial leverage. But the partnership with PSG played a pivotal role in ensuring the survival of the entity through providing equity financing.

Capitec also benefited from a diversified business model with a profitable unsecured loan business anchoring the development of transactional capabilities.

South Africa’s strict banking regulations have safeguarded a world-class, healthy and stable retail banking industry. But these regulations have also restricted the proliferation of new entrants and the growth of small- and medium-sized banks.

The process of applying for a banking licence is onerous, complex and time consuming. In addition to the R250 million capital requirement, the South African Reserve Bank also scrutinises aspects such as the directors, the business plan, products, risk-management policies, corporate governance, internal auditing, external auditors, anti-money laundering measures and IT capabilities. Only one banking licence, for Finbond Mutual Bank, has been issued in the past 15 years. Capitec accessed a licence held by PSG for its operations.

There are also prudential laws that include capital adequacy ratios that have to be maintained on an ongoing basis. Capital adequacy is a proportion of a bank’s capital that has to be set aside (in very liquid assets) in case of an unforeseen event that may cause the bank to fail. The funds are meant to protect customer deposits and ensure that banks are able to absorb losses.

For new entrants and other small- to medium-sized banks, capital adequacy ratios mean that they need to devote part of their limited capital to meeting capital requirements only. This is a substantial cost for new entrants, given that capital set aside for adequacy requirements has to be in very liquid assets that bear little return.

Currently there is no consensus as to which structure optimises both competition (efficiency) and regulation (stability). But it is apparent that neither extreme is ideal. The costs of limiting competition are generally less well understood. There is a danger that the balance is tilted in favour of protecting the established position of incumbents under the rationale of prudence and stability.

This is an extract from a paper titled “Competition, Barriers to Entry and Inclusive Growth – Capitec case study”, authored by Trudi Makhaya and Nicholas Nhundu. This article was originally published on The Conversation.