Micro hydro power systems have the potential to spur economic development in rural Africa. How we made it in Africa interviewed Wim Jonker Klunne, senior researcher at the Council for Scientific and Industrial Research (CSIR) in South Africa. 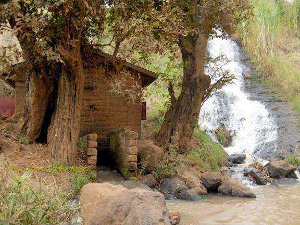 What is the definition of a micro hydro power system?

Although there are no internationally agreed definitions of the different hydro sizes, a common distinction is between ‘large’ hydro and ‘small’ hydro. The upper limit of ‘small’ is usually taken in line with the World Commission on Dams as 10 megawatts (MW) of installed capacity, although large countries such as China and India tend to put the limit higher at 50 MW and 25 MW respectively. Recently some international donors seem to use a limit of 15 MW when referring to small hydro.

Within the range of small hydro, the distinction can be made between mini hydro (often defined as with an installed capacity below 1 MW), micro hydro (below 300 or 100 kW depending on the definition) and pico hydro (below 20 or 10 kW), each with its own specific technical characteristics.

When I talk about micro hydro, I normally refer to hydro installations that are typically used in developing countries for energy provision to isolated communities where the national electricity grid is not available. This in contrast to mini hydro schemes that tend to be grid connected. Micro hydro can also differ from mini hydro due to the extended possibility of using local materials and labour. In line with the definition used by one of the standard books in the field by Peter Fraenkel, I normally assume that these hydro plants have an installed capacity below 300 kW.

How can micro hydro make a difference in Africa’s rural areas?

Micro hydro can definitely make a difference in rural areas in Africa. It can provide electricity to villages that currently do not have power and help local development, particular by providing power for productive uses. An excellent example is the Tungu-Kabiri project in Kenya, which I describe on my website www.microhydropower.net. This project at the slopes of Mount Kenya provides power to a local micro enterprise centre that features a barber shop, cell phone charging facilities, battery charging, entertainment (movies) and a workshop with welding capabilities. Another popular application of micro hydro is grinding of maize for the local communities.

Are you seeing a lot of interest to develop micro hydro power systems in Africa?

At the moment most of the interest is in the larger systems that provide electricity to the national grid. For those type of systems it is much more easy to find investors than for the remote isolated systems. However, quite a number of very interesting initiatives are currently taking place that could bring a change in this situation. Particularly a country like Rwanda is worth following as they extensively focus on micro hydro for rural development.

What are the challenges associated with establishing more micro hydro power systems on the continent?

The challenges associated with developing more micro hydro schemes in Africa are obviously the same as all other renewables face like unfavourable legislative frameworks, no incentives and high upfront costs. Particularly for micro hydro is the fact that the technology, although very mature and robust, is often overlooked as a viable option for rural electrification. Large numbers of systems do exist in, for example, Tanzania without getting much attention.

This lack of familiarity with the technology by decision makers and possible implementers is hampering uptake. This is the main reason for my current research on village level hydro to establish the status quo and to develop best practices that can help the technology to get better known and appreciated.

Compared to other small-scale renewable energy technologies, how costly is it to install and maintain a micro hydro system?

Micro hydro installations are very site specific. Their technical design depends on the local situation regarding availability of water (amount as well as available height difference to generate power) and the local geographical conditions. However, if the resource is available, micro hydro will always work out cheaper than wind and solar power and will provide high quality electricity on a continuous basis.

If you really want to put figures to this, best is to look at the current feed in tariffs applicable in South Africa, which do give a reflection of the real costs involved. For hydro power the Renewable Energy Feed-In Tariff (REFIT) rate is R0.94 / kWh, while wind generated electricity is R1.25 / kWh and large scale solar PV R3.94 / kWh.