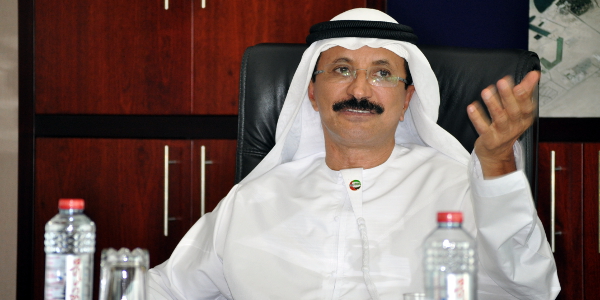 “Africa is in bad need of infrastructure projects – no doubt about it,” said Sultan Ahmed Bin Sulayem, chairman of DP World.

“Africa is one of the most important locations for DP World… We are a company that’s always interested in growth, and Africa gives the biggest growth anywhere in the world, in any port.”

This is according to Sultan Ahmed Bin Sulayem, chairman of DP World, the Dubai-based port operator with a portfolio of over 65 marine terminals globally. The company currently manages ports in Senegal, Egypt, Mozambique, Djibouti and two in Algeria, with further investments underway to expand current capacity.

However, while Sulayem noted DP World is seeing increased focus on Africa from its clients (shipping lines), the sector’s growth is typically impeded by poor infrastructure that results in inefficiencies in the supply chain. For example, inadequate or non-existent rail transport means that containers often have to be transported by road on trucks, which is much more costly.

“Just to give you an [idea], if a container comes from China to Mombasa, maybe it [costs] about $600, depending on the market. To get the same container to Rwanda or to Uganda would be over US$4,500. So it costs, from China, $600, but almost 10 times more to take it by road. So there are lots of bad logistics and this reflects in the cost.”

He added that DP World is currently talking with authorities in South Sudan about setting up a river port to transport containers along the White Nile to Lake Victoria, where cargo can better access countries such as Rwanda and Burundi. “So we are studying that. We don’t know if it is possible, but we are looking at ways to reduce the cost of container transport.”

Other impediments to the company’s growth are bureaucratic systems and state protectionism, noted Sulayem.

“Sometimes, even if the demand is there, the political system doesn’t allow you in, or the concession-type agreement made with [other] port operators does that,” he continued.

“But Africa is in bad need of infrastructure projects – no doubt about it.”