Africa is known to leapfrog technology largely because of the mobile phone revolution. The continent is the second largest mobile technology market, a fact that has attracted global tech giants. Internet adoption is growing and new technology businesses championed by entrepreneurs have sprung up. 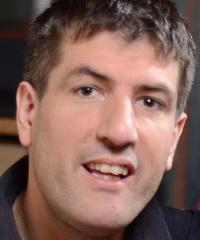 Ironically, studies now show that African companies are lagging behind in technology adoption. A recent IBM survey shows that failure to adopt technology is preventing many African businesses from achieving growth and progress.

ETG builds a wide range of B2B applications targeted at businesses in different sectors such as transport, retail services, financial institutions and manufacturing.

“We try to focus on the issues they have and find solutions. The approach is very custom made to fit their needs. That is actually the most difficult task because the issues here are quiet huge compared, for example, to Europe or the Asian markets because there is no electricity in some places or there is no internet. It’s very challenging and that is why mobile phones are very popular here because they can bypass some of those steps.”

To counter some of these challenges, ETG builds apps that can work on the web but also offline on mobile phones.

“It is not only the apps, it is going into a company and fixing everything. The issue here in Kenya and almost in most parts of Africa is that companies have nice systems but they are small systems that don’t talk to each other. For example, a company may have a tracking system that does not talk to the HR system which also does not talk to the accounting system. So you might have a big company with 20 different systems and they have paid quite a lot of money but they are not linked.”

Despite the benefits, Boncompagni says convincing companies to adopt such technologies is not an easy task and can take several months.

“Relatively speaking, building this technology is easy for us who are techies. The problem is going to companies and changing the way they operate.

“Who is in power in these companies sometimes is old-fashioned, sorry to say so, and they are scared of losing control. Leadership has to change in certain areas especially in domains like government,” he says. “It is the new generation who will adopt new technologies and we have seen this happen dramatically in the last few years.”

Even after purchase, getting companies to actually use the technology is also a challenge.

“The system can be beautiful but if you don’t use it, there is no point. In a way that is actually one of the main challenges we are facing. So projects get to a halt sometimes… but after they start using [the technology], then they find it very nice.”